Slim Pickens at Russigate This Morning

Not a lot of Russiagate Today. But my Covington file folder runneth over the page. I'm still thinking about whether or not to do anything with it.

Over At lthouse: "Former FBI top lawyer James Baker just admitted involvement in FISA Warrant and further admitted there were IRREGULARITIES in the way the Russia probe was handled."


"They relied heavily on the unverified Trump 'Dossier' paid for by the DNC & Clinton Campaign, & funded through a big Crooked Hillary law firm, represented by her lawyer Michael Sussmann (do you believe this?) who worked Baker hard & gave him Oppo Research for 'a Russia probe.' This meeting, now exposed, is the subject of Senate inquiries and much more. An Unconstitutional Hoax." 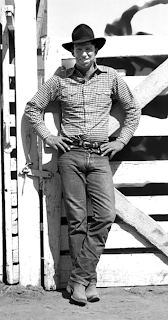 How dare Trump object to having his 4th Amendment rights violated! At CNN Mueller wants to know about 2016 Trump campaign's ties to NRA


"When I was interviewed by the special counsel's office, I was asked about the Trump campaign and our dealings with the NRA," Sam Nunberg, a former Trump campaign aide, told CNN.

The special counsel's team was curious to learn more about how Donald Trump and his operatives first formed a relationship with the NRA and how Trump wound up speaking at the group's annual meeting in 2015, just months before announcing his presidential bid, Nunberg said.

Nunberg's interview with Mueller's team in February 2018 offers the first indication that the special counsel has been probing the Trump campaign's ties to the powerful gun-rights group. As recently as about a month ago, Mueller's investigators were still raising questions about the relationship between the campaign and the gun group, CNN has learned.

A spokesman for the special counsel's office declined to comment. 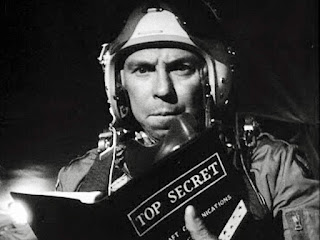 Unless it concerns the Russians, its none of his business. Now appoint a Special Prosecutor to ask the Democrats relations with Planned Parenthood, or any of a large number of shady lobbying groups.

Da Caller, OLIVER: BuzzFeed’s Flub Reveals Mueller May Not Have A Lot On The President — And Never Will


There are two significant points in this story. The first is that the special counsel thought it necessary to do something to counter the BuzzFeed report. Even that is extraordinary, given the tight-lipped practice of Robert Mueller’s operation.

What was the point of the special counsel’s statement? Presumably to negate a report that would hobble the president from carrying out his presidential duties.

But the real significance of the special counsel’s unprecedented statement is what it tells us about Robert Mueller. If Mueller thought it necessary, in the interest of allowing the president to carry out his constitutional responsibilities, to scotch the BuzzFeed report, it suggests that he would not pursue his investigation into the Russia collusion business past the point where he had found sufficient, convincing evidence of impeachable behavior by President Trump.

If, say, five months ago, Mueller had found sufficient evidence to lead to the cashiering of the president, his action today suggests he would have made that evidence public at that time. 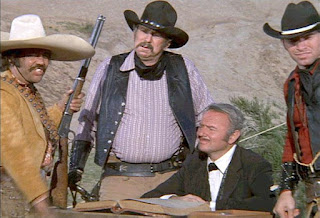 Well, it's more flattering to Mueller than Mark Levin's theory that he's just covering his own ass. Both can be true simultaneously. At Politico, Supreme Court keeps cloak over mystery Mueller subpoena fight. Still fighting over a whether he has jurisdiction over what a Russian company, owned by the government, can do abroad. Treat spies as spies, not litigants.

WaPoo: Democrats to ask Whitaker whether the White House has interfered with Mueller’s probe. Interfered should be in "scare quotes". It's an administration probe, and it needs to be administered. 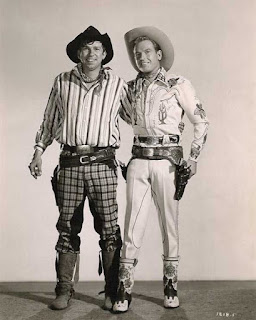 Nadler said he recognized the White House may seek to claim executive privilege and prevent Whitaker from answering. If the president plans to invoke such a privilege, Nadler wants at least 48 hours notice, he wrote.

He said that “short of a direct and appropriate invocation of executive privilege, I will expect you to answer these questions fully and to the best of your knowledge.” He also said, “I would view with considerable skepticism any effort to decline to answer on the basis that the inquiry is related to an ongoing criminal investigation.”

Which is the FBI and DOJs favorite dodge to Republicans.

AP, Trump, others agitated by Giuliani’s performance. Hot Air: “I Am Afraid It Will Be On My Gravestone. ‘Rudy Giuliani: He Lied For Trump’” One thought is that it's a version of the Hillary Clinton "old news" strategy. You heard it before, however garbled, so it's "old news." Or Giuliani could just be senile.

Lloyd Billingsley at Front Page, The Real Russian Agent: Suffice it to say he looks an awful lot like Barack Obama.