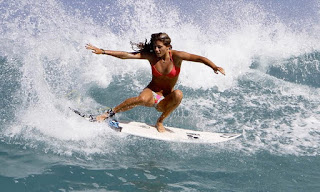 Good news for surfers from Watts Up With That: Upper-ocean warming is changing the global wave climate, making waves stronger. From EurekAlert!

Sea level rise puts coastal areas at the forefront of the impacts of climate change, but new research shows they face other climate-related threats as well. In a study published January 14 in Nature Communications, researchers report that the energy of ocean waves has been growing globally, and they found a direct association between ocean warming and the increase in wave energy. 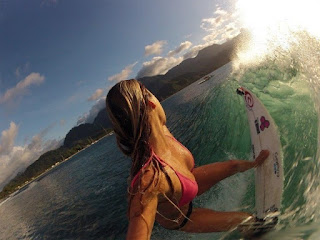 A wide range of long-term trends and projections carry the fingerprint of climate change, including rising sea levels, increasing global temperatures, and declining sea ice. Analyses of the global marine climate thus far have identified increases in wind speeds and wave heights in localized areas of the ocean in the high latitudes of both hemispheres. These increases have been larger for the most extreme values (e.g., winter waves) than for the mean conditions. However, a global signal of change and a correlation between the localized increases in wave heights and global warming had remained undetected. 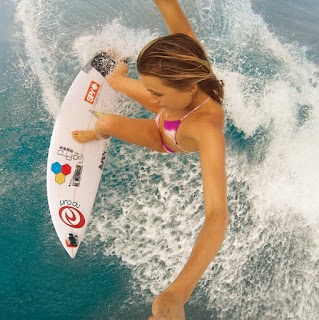 The new study focused on the energy contained in ocean waves, which is transmitted from the wind and transformed into wave motion. This metric, called wave power, has been increasing in direct association with historical warming of the ocean surface. The upper ocean warming, measured as a rising trend in sea-surface temperatures, has influenced wind patterns globally, and this, in turn, is making ocean waves stronger.

“For the first time, we have identified a global signal of the effect of global warming in wave climate. In fact, wave power has increased globally by 0.4 percent per year since 1948, and this increase is correlated with the increasing sea-surface temperatures, both globally and by ocean regions,” said lead author Borja G. Reguero, a researcher in the Institute of Marine Sciences at the University of California, Santa Cruz. 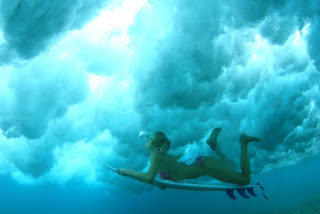 Climate change is modifying the oceans in different ways, including changes in ocean-atmosphere circulation and water warming, according to coauthor Inigo J. Losada, director of research at the Environmental Hydraulics Institute at the University of Cantabria (IHCantabria), where the study was developed.

“This study shows that the global wave power can be a potentially valuable indicator of global warming, similarly to carbon dioxide concentration, the global sea level rise, or the global surface atmospheric temperature,” Losada said. 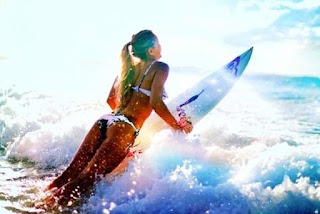 Understanding how the energy of ocean waves responds to oceanic warming has important implications for coastal communities, including anticipating impacts on infrastructure, coastal cities, and small island states. Ocean waves determine where people build infrastructure, such as ports and harbors, or require protection through coastal defenses such as breakwaters and levees. Indeed, wave action is one of the main drivers of coastal change and flooding, and as wave energy increases, its effects can become more profound. Sea level rise will further aggravate these effects by allowing more wave energy to reach shoreward. 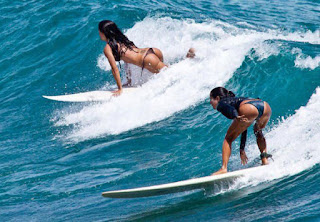 While the study reveals a long-term trend of increasing wave energy, the effects of this increase are particularly apparent during the most energetic storm seasons, as occurred during the winter of 2013-14 in the North Atlantic, which impacted the west coast of Europe, or the devastating 2017 hurricane season in the Caribbean, which offered a harsh reminder of the destructive power and economic impacts of coastal storms.

The effects of climate change will be particularly noticeable at the coast, where humans and oceans meet, according to coauthor Fernando J. Méndez, associate professor at Universidad de Cantabria. “Our results indicate that risk analysis neglecting the changes in wave power and having sea level rise as the only driver may underestimate the consequences of climate change and result in insufficient or maladaptation,” he said. 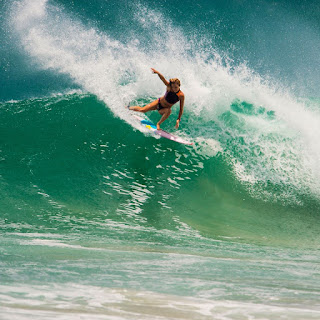 So wave power is increasing 0.4% annually over 60 years is 24%? You're telling me waves are 24% more powerful than waves at the end of WWII? I doubt it! Although, to be fair, the power of a wave increases as the square of the height, so the actual change in height of waves would be only 6% (assuming constant wavelength, a weak, but acceptable approximation). I would love to see the historical data showing a real significant increase in wave height or energy, but I suspect this is a "model" study.

There's very little evidence of long term change in weather in the modern era as a result of global warming. Tornadoes and tropical storms have not increased in number or severity, and their claims of increased heat content in the upper ocean causing the alleged increase winds are also grossly exaggerated: A Small Margin Of Error 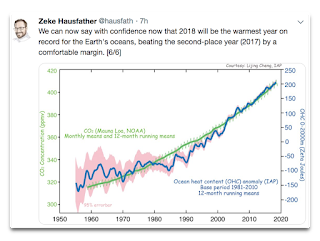 When I saw that graph in Zeke’s tweet, my bad-number detector started flashing bright red. What I found suspicious was that the confidence intervals seemed far too small. Not only that, but the graph is measured in a unit that is meaningless to most everyone. Hmmm …

Now, the units in this graph are “zettajoules”, abbreviated ZJ. A zettajoule is a billion trillion joules, or 1E+21 joules. I wanted to convert this to a more familiar number, which is degrees Celsius (°C). So I had to calculate how many zettajoule it takes to raise the temperature of the top two kilometres of the ocean by 1°C.

I go over the math in the endnotes, but suffice it to say at this point that it takes about twenty-six hundred zettajoule to raise the temperature of the top two kilometres of the ocean by 1°C. 2,600 ZJ per degree. 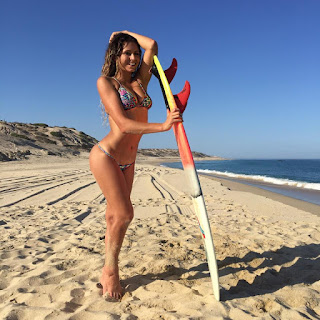 Now, look at Figure 1 again. They claim that their error back in 1955 is plus or minus ninety-five zettajoules … and that converts to ± 0.04°C. Four hundredths of one degree celsius … right …

Call me crazy, but I do NOT believe that we know the 1955 temperature of the top two kilometres of the ocean to within plus or minus four hundredths of one degree.

It gets worse. By the year 2018, they are claiming that the error bar is on the order of plus or minus nine zettajoules … which is three thousandths of one degree C. That’s 0.003°C. Get real! Ask any process engineer—determining the average temperature of a typcial swimming pool to within three thousandths of a degree would require a dozen thermometers or more …

So, according to this, the upper ocean would have warmed perhaps 0.05°C since 1948? I think these numbers need serious massaging.