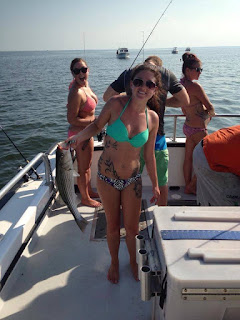 
After years of chatter about the declining population of striped bass in the Chesapeake Bay, the state is looking at tightening its regulations for upcoming seasons.

At Wednesday's Finfish Management Advisory Committee it was announced that the Secretary of Natural Resources has suggested looking at alternatives to current length and bag limits for one of the state's most popular gamefish.

During the recently concluded Chesapeake Bay fall season, anglers could keep two fish a day that measured between 20 and 28 inches, although one fish could be longer than 28. Dozens of fish longer than 40 inches, considered prime breeding stock by biologists, were harvested last fall — far fewer than previous seasons. 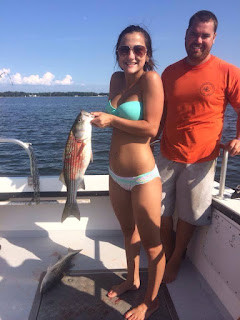 We have the same regulations in MD, rxcept that 19 inch fish could be kept this year. It was 20 inches the two years previous.


The Atlantic States Marine Fisheries Commission "striped bass committee will look at the stock assessment and consider any changes to regulation when it meets in February, but those changes wouldn't come into play until 2020," said Secretary of Natural Resources Matthew J. Strickler, himself a recreation angler with a masters degree in marine science from the Virginia Institute of Marine Science.

"We think we should be more proactive and get something in place that will help this tremendous fishery recover." 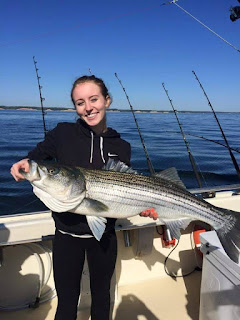 The commission's preliminary stock assessment for a fishery that extends well up the northeastern coast isn't good. It appears the species is being overfished by both commercial and recreational fishermen. So it's likely the agency would implement tighter restrictions. A couple of decades ago, the fishery had been depleted to the point where the agency issued a moratorium on fishing for striped bass.

At Wednesday's advisory meeting, there appeared to be some misunderstanding as to what the secretary was asking for, and social media blew up with talk that he had ordered the Virginia Marine Resources Commission to make changes. 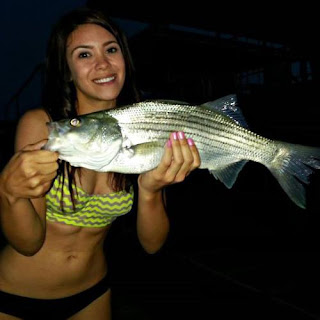 "That is totally incorrect," said Steve Bowman, commissioner of the VMRC. "The secretary and I have talked about striped bass because, obviously from what we're seeing and hearing, the population isn't what it should be.

"Has he ordered a directive? Absolutely not."

It's been perfectly obvious to those of us who fish for stripers that the population was down from where it was in the hey days of the early 00s. It's time for both Maryland and Virginia to step up and do more to protect them.

Linked at Pirate's Cove in the weekly Sorta Blogless Sunday Pinup and links. Wombat-socho has Rule Five Sunday: Good Night, Sweet Princess ready at The Other McCain.
Posted by Fritz at 5:26 PM