Chilly at the Beach Today 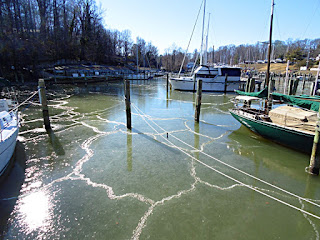 The harbor is mostly frozen over, though not very deep, after 2 days of very cold weather, hitting lows of 13 or 14 by morning, and barely 25 in the afternoons. But the wind was down, and the sun was out at 11 AM when Skye and I set out for the beach. 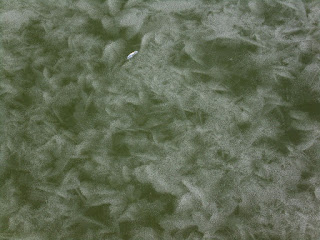 Some cool crystal patterns in the ice over the harbor. I think they are the result of bubble being trapped along the crystal planes. 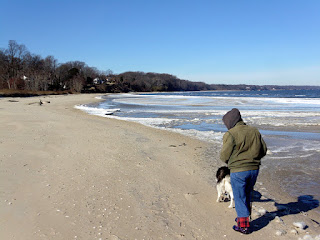 We had a blow out tide, and lots of ice along the water's edge. 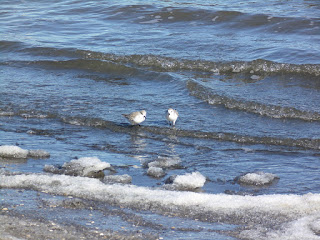 A couple of peeps (Semipalmated Sandpipers) looking for something to eat in the icy shore. 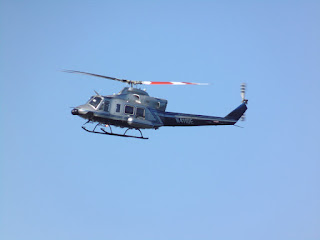 This chopper was doing circles around the area today for quite a while. It seemed like they were looking for something, but we have no idea what. It seemed to cover mostly ground, turning back over the water. 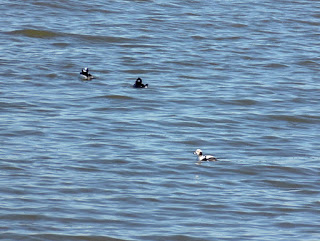 Some sea ducks in the harbor mouth. The top two are a male and female Buffleheads, while the lower one appears to be a male Oldsquaw (also called Long-tailed Duck by the PC).
Posted by Fritz at 2:23 PM