I was reminded of the Three Laws of SJW's from Vox Day:


That is, Social Justice Warriors, aka Progressives, aka Socialists, aka almost all of the Left. What one should expect when dealing with them, to wit, The Three Laws of SJW: 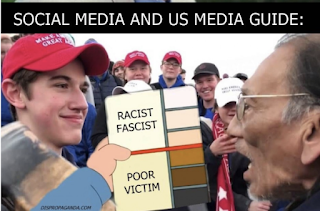 We've seen how they lied about this incident. Now they continue to double down. Robin Givhan, the fashion maven from WaPoo, The MAGA hat is not a statement of policy. It’s an inflammatory declaration of identity and Jonathon Capehart, Time to take on the Covington ‘smirk’. Flopping Aces: NBC News: Wearing a MAGA Hat Means You’re a Nazi, Newsbusters: Maher Trashes 'Prick,' 'Smirkface' Covington Kid w 'S***-Eating Grin'


I don't blame the kid -- the smirking kid. I blame lead poisoning and bad parenting, and, oh yeah, I blame that f*****g kid. What a little prick -- smirkface. Smrikfaces. Please, I mean, like that's not a dick move, stick your face in this elderly man's (face).

From elementary school through college I went to school with sheltered upper middle class white boys who could DEVASTATE with a smirk. A facial guesture that weaponized their privilege. Infuriatingly you can’t fight that fucking smirk with a punch or words.
— Alex Cranz (@alexhcranz) January 19, 2019


What a fucking baby! Ed Morrissey report on Great Moments In Journalism: NYT Reporter Trolling Twitter For Dirt On Christian Schools. We know what they'll "find." 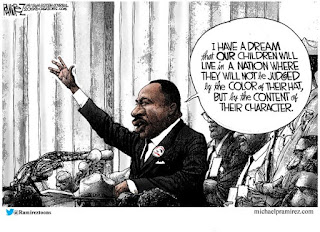 Lili Loofbourow at Slate, The MAGA Teen News Cycle and Our Toxic Era of “Event Politics”


This is where event politics always seem to wind up: A ton of energy gets spent, but there’s no cognitively satisfying conclusion—no understanding, resolution, or shared meaning that helps the country progress in its conversations with itself. “It’s a jacket” might be the White House equivalent of the “it’s just a hat” defense of the Covington Catholic teens’ MAGA caps. It’s not true, and everyone knows it, but it seems dumb to overlegislate such petty terrain. And yet: Plenty of us have seen enough people in MAGA hats screaming Trump’s “lock her up” and “build the wall” catchphrases to associate those hats with people who want to … imprison their enemies without due process and lock out the tired, the poor, and the huddled masses yearning to breathe free. Neither of these associations is exactly congruent with American idealism or American greatness. The hat’s text is in a fight with the hat’s subtext, and a kid smirking under its brim makes that obvious contradiction visible. Of course that image went viral. In a healthier country, that image wouldn’t have been so furiously overread because the other side would long ago have easily conceded that yes, there is something wrong and disturbing about Americans screaming “lock her up” and “build the wall.” That is not the country we have. 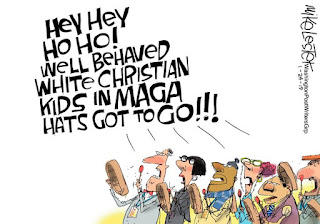 Rich Lowry at Politiko: In Defense of the MAGA Hat

The primary offense of the Covington Catholic High School kids wasn’t so much allegedly mobbing, mocking or getting in the face of a Native American drummer at the Lincoln Memorial.

That was the actual, incontestable conduct that created the predicate for what happened next—the social-media mob, the cable TV brouhaha, the viral videos and all the rest of the grief they’ve been subjected to since. It all stems from presumption of guilt from what they wore on their heads.

For much of progressive America, the moment you pull on a red MAGA hat, you’re suiting up for Team Racist. You’re marking yourself out as a bigot and a goon. Your individuality doesn’t matter anymore, only the cap


As an analysis at Vox noted of the Covington incident, “The hats extinguished pretty much any benefit of the doubt a liberal observer might have given these kids.”

Alyssa Milano notoriously tweeted, “The red MAGA hat is the new white hood.” Which would be close to an apt analogy if people donned MAGA hats to carry out hideously violent crimes against African-Americans and other people uncongenial to them.

NyPo Editorial Board: Nathan Phillips is a liar, not a victim. Remember, SWJs always lie.  City Journal: Beating the Drum - As the Covington High School brouhaha reminds us, the media have precast the meaning of every story.


The story of a group of white parochial school kids wearing MAGA hats heaping racist abuse on a dignified Native American Vietnam veteran sparked an inferno of indignation across mass and social media. The incident was depicted as an iconic example of toxic white smugness, as well as a recapitulation of the history of European conquest of the American continent from its earlier inhabitants. Respected journalists and public figures responded to the images of a “smirking” teenager with calls for violence against him, his classmates, and their parents. Even after the story was debunked, many commenters kept their outrage burning, and pointed to photos taken years before, involving none of the participants in the recent event, as evidence that the school— Covington Catholic High School, in Park Hills, Kentucky—is infected by a virulent racism that can be cured only by closing it, razing it, and sowing salt in the ground. 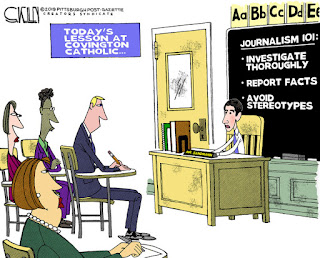 
John Hayward has an idea:

Suggestion: have (Sarah) Sanders answer all future questions by walking up to reporters and banging a drum in their faces. Apparently that's soothing and you are required to show polite respect to people who do it. . . .

And much more. Ace: lulzzzzzzzzzz

Sending a bunch of racist shitty catholic kids to the rez to learn and be saved from their racist ways is not a good solution to the shitty racist kids thing. Indian Country has dealt with enough bullshit from racist Catholics looking for salvation.
— john r stanton (@dcbigjohn) January 19, 2019

I’ve been laid off. I’m extraordinarily proud of the work I and my colleagues have done during my 6 and half years at BuzzFeed. It was an extraordinary group of reporters and editors to work with.
— john r stanton (@dcbigjohn) January 25, 2019 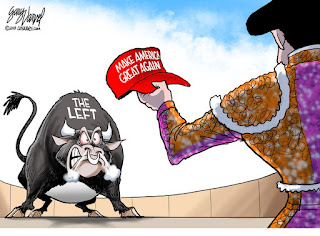 I hope you know how to code, asshole. (The joke is that lot's of lefties recommended that coal miners learn to code after losing their jobs thanks to Obama's war on coal). Forbes, The Level of Violent Imagery Directed Against Covington High Boys Is Dangerous and Wrong. It's positively insane. Even had they done what they were originally thought to have done, the 1st Amendment covers it. John Hawkins, PJ Media, Long Term, How Do We Live With the Sorts of People Smearing Covington Catholic Teen Nick Sandmann? Most of them aren't that fearsome in person; in fact, they're kind of pussies. But never yield. Sister Toldjah at Red State, MAGA Hat Shame Game Is Not About Racism, It’s About Suppressing Dissent. Indeed. Never yield.

WaT, ASU lecturer apologizes after misidentifying Covington student: 'I am horrified'. Mind you she apologizes for the error, not for calling for blackballing a high school student from college. Fire her. It's fair.


Ms. Wallace and others urged people to call Cincinnati State’s admissions office and persuade them not to accept the student. The family of the student, who does attend Covington Catholic but wasn’t in Washington at the time of the rally, said the widespread misinformation resulted in violent threats and harassment.

Fire her. It's only fair. She's willing to blackball students based on their alleged political opinions. Turnabout is fair play. 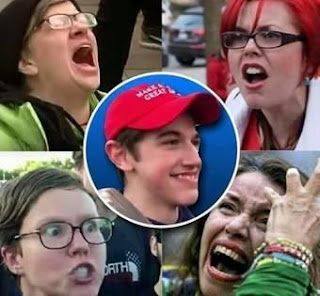 
In a saner world, we might expect liberals to be embarrassed by the Covington Catholic fiasco and perhaps to reflect on how they have gone so badly astray. But in this world? Don’t even think about it. Leftists are already trying to dig up more incidents they can use to smear the school, its students, and ultimately, I suppose, the Catholic church.

WPCO Cincinnati, Nicholas Sandmann's family hires 'attorney for the damned' specializing in libel, slander. Good. Breaking: Covington Catholic Bishop Foys makes FULL apology to Nicholas Sandmann and the students he wrongfully accused in his initial statement. He should. He should grovel. Kurt Schlicter, Yeah, The Covington Kids Have A Case


You go after the media targets, the ones who you can prove – via their tweets and news reports – knew the truth but didn’t print it to support their agenda. You find the Twitter trolls who circulated these lies and then find out their paymasters. And you find the blue check psychos demanding these kids be murdered for their race, religion, gender, and the baffled smile, in the face of the abuse that these liars hid from their audience.

It’s a new age. It’s brought forth new atrocities. We need to decide as a society whether we are going to accept this dreadful phenomenon or stamp it out by making the perpetrators pay. If the old legal framework cannot right this wrong, then we need to create a new legal framework that will. And you do that by suing the hell out of them.


A sharp insight from National Review's David French, who agrees with me that there are some relevant parallels between the Kavanaugh fight and the Covington affair. Why were conservatives so energized over both controversies? Because they witnessed the Left trying to destroy lives and reputations, regardless of evidence, for nakedly political and tribalistic reasons. Many right-leaning women, in particular, have bristled at the remorseless, ends-driven attacks, which have drawn them into the fight:

Between the Kavanaugh debacle and now what happened with these MAGA boys, there’s a lot of nervous boy moms and dads out there. If they can and will seek to destroy these guys, they’ll come after yours.
— Bethany S. Mandel (@bethanyshondark) January 21, 2019 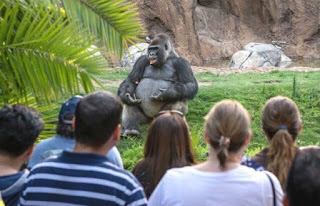 The Morning Rant at Ace's:


"So, this week, the media's Covington narrative collapsed faster than Bill Clinton's pants at a hookers' convention. It was discovered that Nathan Phillips, touted by the MSM as a 'respected tribal elder', was lying his ass off: He lied about who he was, he lied about being mocked, he lied 8 different ways about his military service, he lied about why he approached a group of kids at a pro-life march, in short, he lied about everything. Heck, Jane Fonda has spent more time in Vietnam than Phillips ever has. All Phillips does is annoy people. He can be accurately described as a professional protestor/agitator and far from being a 'respected' elder, Native Americans don't think much of him. He was at the pro-life march for one reason only: to provoke an incident, and then cry about it to a sympathetic media. Of course the media believed every word he said and didn't bother to do any actual fact-checking. Yeah, 2019 is looking like another kick-ass year for the MSM. And it's not even February."

The Wombat has Rule 5 Sunday: Naomi Wu and FMJRA 2.0: Destroy Everything You Touch up on time and within budget.
Posted by Fritz at 5:45 PM