This feels like a chore this morning. Lots of articles, very little theme. Of course, we'll start with William Barr, at whose confirmation hearing he vowed to protect Russia probe but says Mueller report might stay secret. Here comes that anti-climactic ending democrats have been fretting about. I saw much of the hearing on TV, and I still predict he gets zero democrat votes. WaEx: Dems to press AG nominee William Barr on protecting Mueller from Trump and they did. Mediatite: AG Nominee Barr Breaks From Trump: Sessions Should Have Recused Himself, Mueller Not on a Witch Hunt. He also saw no reason to recuse himself (which Democrats desperately desire) and would not necessarily accept the advice of "ethics officials" in that regard. Ed Morrissey at Hot Air: No Holds Barr-Ed? Confirmation Hearing Begins With Two Lindseys; Update: Barr Pledges Funding, Time For Mueller. Julie Kelly, AG: with Barr nomination, the Walls Are Closing in on the FBI—and Its Media Accomplices, but probably not the bars.


Republican senators expressed outrage that the FBI had investigated a sitting U.S. president, and Barr seemed to share their disgust. Graham brought up the Times article and asked Barr to “promise me and this committee to look into this and tell us whether or not a counterintelligence investigation was opened up by somebody at the FBI, Department of Justice against President Trump?” Barr confirmed he would. Graham read aloud derogatory texts, some including profanity, about Trump between FBI officials Peter Strzok and Lisa Page.

Barr admitted he was “shocked” when he first saw the texts. Graham then walked through a litany of offenses at the Justice Department and FBI, including the FISA warrant on Carter Page and Fusion GPS’s ties to Justice official Bruce Ohr and his wife, Nellie, who also worked with dossier author Christopher Steele.

“We are relying on you to clean this place up,” Graham told Barr. 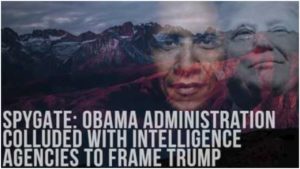 And the Mueller probe? IBD asks Deep State: Did Justice, CIA And FBI Commit Crimes To Get Rid Of Trump? Well, McCabe is being criminally investigated, and so is James Baker;  Former top FBI lawyer James Baker subject of criminal media leak probe, transcript reveals, so that answer would appear to be yes, on some level. Byron York: FBI interview makes big news — so why is it still secret?


James Baker — the general counsel of the FBI during both the Clinton email and Trump-Russia investigations — sat for two interviews with House investigators last October. After the sessions — one on Oct. 3, the other Oct. 18 — Republican Rep. Mark Meadows called parts of Baker's testimony "explosive."

Republicans intended to make the interview transcripts public. The questioning was not conducted in a classified setting, and Baker had FBI and other lawyers with him the whole time. But the House still had to send the transcripts to the FBI for clearance, just to make sure public release would not reveal any classified or otherwise secret information.

If Republicans hoped for a quick OK from the bureau, they were sorely disappointed. October passed. Then November. Then December. And now, half of January. The FBI still has the transcripts, and there is no word on when the bureau will clear them for release.

Because the FBI and DOJ are still fighting a "rear guard" action to keep all their asses out of jail. Barr promised transparency. That has to bother them, and the Democrats. Molly Hemingway at Da Federalist, NYT Reveals FBI Retaliated Against Trump For Comey Firing. And the Mueller investigation is that retaliation. George Parry at Da American Spectator, The FBI Prostituted Itself a fine overview ending with:

That has been the real story from the very first. It is a story of a once proud law enforcement agency being prostituted by its corrupt leadership as they tried to advance their partisan political agenda by subverting the Constitution and a national election.

Daniel Greenfield at Front Page: The FBI Targeting the President is a Coup.


Forget the whole D and R thing for a moment. Start thinking about Rome instead and the Praetorian Guard.

We have elected officials for a reason. They're not immune to criminal charges. But there's a huge difference between a Federal law enforcement agency investigating a crime. And a Federal law enforcement agency deciding to launch an investigation of the President of the United States specifically after he fired their boss.
. . .
The Romans learned the cost of employing the Praetorian Guard the hard way. America cannot allow the FBI to be used as a Praetorian Guard.

And while the Democrats are cheering now, they might want to consider that coups can run both ways. 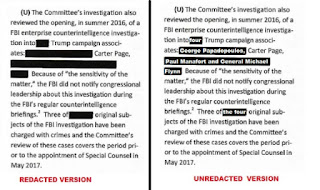 Sundance at CTH points out, as I have previously that The FBI Counterintelligence Operation into Donald Trump *DID NOT* Start After Comey Firing…. No, it started much earlier with the FISA warrants against Carter Page (and probably others we don't know about), before the election. After Comey's firing, the whole investigation was formalized, and handed off to Mueller. But most of the staff involved were retained.

Understanding Why the Deep State Had to Take Down General Michael Flynn by Frank Hawkins at the AmericanThinker. It plows old ground but it's worth the reminder.

Jeff Carlson at the Epoch Times: McCabe’s FBI Tried to Re-engage Christopher Steele After Comey Was Fired "Transcript of congressional testimony by DOJ official Bruce Ohr shows FBI went back to disgraced source between Comey’s firing and Mueller’s appointment" They were addicted to his crack.

Sundance at CTH again: Robert Mueller – From the Inside….


There’s a vastly different opinion amid some who review the action of Rod Rosenstein and Robert Mueller. CTH has noted a common corrupt theme amid the DOJ and FBI that crosses both the Obama and Trump administrations: A priority to preserve the institution; regardless of how corrupt the institution is; and regardless of how much collateral damage those system administrators will create in their effort toward that preservation goal.

One thing I've noticed personally is that people who do well in bureaucracies tend to show loyalty to the institution, and not to the people who make it up. 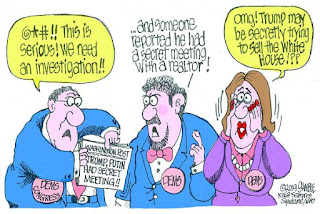 
Whatever you think of Trump, allowing the FBI to launch counterintelligence operations on the president merely because it found the foreign policy offensive is both dangerous and arguably unconstitutional. We’ll soon know if there was any evidence to substantiate such a remarkable investigation. But one serious dilemma with this kind of investigation is that Americans have widely divergent ideas about what “American interests” look like. Which ones is the FBI going to treat as potentially criminal?

No one contemplated investigating or impeaching Barack Obama after he was caught on a hot mic assuring Putin’s puppet that he was lying to the American electorate and would have “more flexibility” to acquiesce to Russia’s demands on NATO missile defense in Europe. Certainly, no counterintelligence investigation was launched when the Obama administration funded and gave cover to the American-killing Islamic regime in Iran (and its terrorist proxies) in the name of peace. The obsequiousness of Obama administration officials toward Iran should have sounded alarms at the FBI.

Putin puppets #CNN and Max Boot do Russia's bidding by destabilizing the U.S. with "Laundry List" Persuasion, your clearest signal for fake new. (If they had one good reason, that's all you would see.) pic.twitter.com/oIKCXXYjf8
— Scott Adams (@ScottAdamsSays) January 15, 2019


As Gleen Groenwalt, or some sock puppet reminds us The FBI’s Investigation of Trump as a “National Security Threat” is Itself a Serious Danger. But J. Edgar Hoover Pioneered the Tactic, and Debra Heine at PJ Media reminds us of the time Teddy Kennedy colluded with the USSR against Ronald Reagan. Did the Media Hide Democratic Collusion with Russia in the Face of a U.S. Election? Dov Fischer at Da American Spectator: If Only Trump Haters Could Realize How Dangerously Our Democracy Is Being Threatened 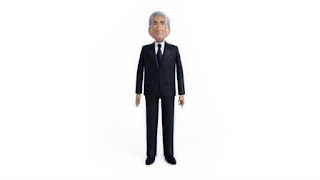 ABC, Mueller plows ahead, issuing more subpoenas to associates of conservative commentator. If Jerome Corsi is the best he can do, maybe he's not worth his own action figure:


The special counsel, who’s investigating Russian interference in the 2016 presidential election, is coming to life as a 6-inch tall figure from a company called FCTRY.

The $20 mini of the famously tight-lipped Mueller — which is available for pre-order beginning Tuesday — comes with an array of strictly nonclassified features.

His “meticulous hair,” according to the company's description, ensures he “stays on message always,” while his “perma-sealed lips won’t sink ships.” He’s posed with an open hand “ready for the smoking gun,” and “impermeable shoes in case of tweetstorms.” The designer says the 74-year-old Mueller's extended finger “pokes holes in flimsy alibis,” and he sports a fixed gaze “because he knows you know he knows.”

“Mueller is literally the closest thing there is to an anti-Trump and he has come to symbolize all the virtues [President] Trump lacks — honor, dignity, integrity, ohh ... and silence,” Feinberg said in a statement. “We’re legitimately excited about the real-life [Mueller] and what he brings to the narrative of these times.”

I'm sure it will be extremely popular among all the 3-6 year old children who follow Russiagate.

The breakfast event, which was first reported by The Daily Sabah, a pro-government Turkish paper, took place at the Trump International Hotel in Washington, D.C. at 8.30 a.m. on Jan. 18, 2017—two days before President Donald Trump’s inauguration. About 60 people were invited, including diplomats from governments around the world, according to those same sources.

The breakfast has come under scrutiny by federal prosecutors in Manhattan as part of their probe into whether the Trump inaugural committee misspent funds and if donors tried to buy influence in the White House. The existence of that probe was first reported by The Wall Street Journal. The Special Counsel’s Office is also looking at the breakfast as part of its investigation into whether foreigners contributed money to the Trump inaugural fund and PAC by possibly using American intermediaries, as first reported by The New York Times. Robert Mueller’s team has asked Flynn about the event, according to two sources familiar with the Special Counsel’s Office questioning.

Can we go back and check for foreign money in Clinton's and Obama's campaigns? Or do we just probe Republicans?
Posted by Fritz at 10:01 AM