The smart, or at least knowledgeable guys and gals are starting to weigh in on Stone's indictment and arrest. Take the time to read their entire contributions 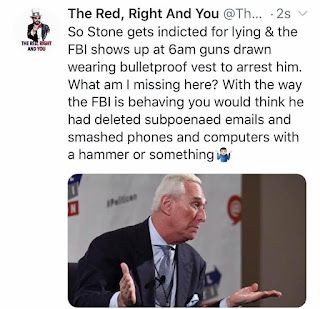 Andrew McCarthy at NR, Stone Indictment Underscores That There Was No Trump-Russia Conspiracy


Roger Stone is the shiny object. The obstruction charges in his long-anticipated indictment, made public on Friday, are not the matter of consequence for the United States.

Nor is the critical thing the indictment’s implicit confirmation that there was no criminal “collusion” conspiracy between the Trump campaign and Russia.

What matters is this: The indictment is just the latest blatant demonstration that Special Counsel Robert Mueller’s office, the Department of Justice, and the FBI have known for many months that there was no such conspiracy. And yet, fully aware that the Obama administration, the Justice Department, and the FBI had assiduously crafted a public narrative that Trump may have been in cahoots with the Russian regime, they have allowed that cloud of suspicion to hover over the presidency — over the Trump administration’s efforts to govern — heedless of the damage to the country. . . 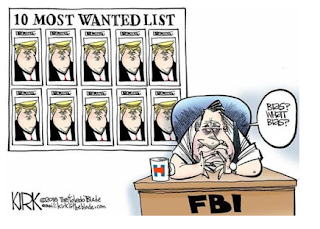 
Mueller however seems to have a strikingly inconsistent approach to these targets. With some targets, Mueller followed the common practice of allowing them to surrender. For Manafort and and Stone, Mueller carried out heavy-handed raids. With Michael Cohen, Mueller matter-of-factly in a footnote noted that he made various false statements but was allowed to simply correct them. With Stone the allegedly false statements were all related to part of his congressional testimony regarding the meaning of prior public statements and past written communications with Wikileaks.
. . .
The main issue however remains the lack of objectivity of the coverage of the indictment. Stone has featured prominently in theories seeking "smoking gun" evidence of collusion. There is nothing smoking in this indictment. There is no suggestion of involvement or knowledge by Stone in the hacking. Stone has suggested that he was a conduit of hacked information from Wikileaks but he later insisted that he was not actually speaking to Julian Assange and that he had no direct knowledge that Russians were responsible for the Democratic hackings. The indictment does not contradict that later account.

The indictment clearly states that Stone told multiple campaign officials that he had such information and the question is who "directed" campaign officials to reach out to Stone. Obviously, many will want to know if that person was President Trump or his close aides. On the other hand, it also references people like Steve Bannon as not even returning his calls.

The important thing is that, even if Stone and the campaign did seek the email information, it would not be a crime. The crime is the conspiracy to hack the email system. Campaigns often seek confidential information obtained by journalists, leakers, whistleblowers and others. Indeed, the Clinton campaign (while denying its role before the election) funded the Steele dossier investigation to dig up dirt on Trump, including dirt from Russian intelligence figures. Even if Stone implicated Trump in seeking the information, it would merely establish the type of dirty politics that Stone expressly embraced as his curious calling and talent.

Nailing Roger Stone on false statements was hardly a challenge. Stone could not give an interview without contradicting himself on national television. The question is, without Stone, what is left of the hack-and-attack conspiracy between the Russians and the Trump campaign? Like the Trump Tower meeting, the Stone angle seems to have fizzled out. On closer examination, there clearly appears to be dirty politics but nothing that can be fairly described as a criminal conspiracy.

Mueller has been unrelenting in pursuing Stone. Now he has him. For whatever it is worth. 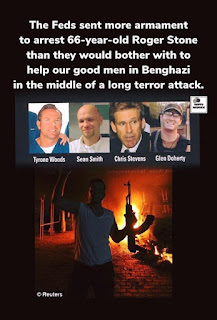 
Federal Bureau of Investigation Director Chris Wray should hang his head in shame. At a time when he should be restoring the FBI’s reputation after Jim Comey, Andrew McCabe, Peter Strzok and others tarnished its image as our country’s premier law enforcement agency, he allowed 29 gun slinging agents to make a predawn arrest of former Trump advisor Roger Stone.

Stone is not a drug dealer, nor is he a terrorist. Stone is charged with obstruction of justice and making false statements to the special counsel. Significantly, the alleged false statements specified in the indictment were about conduct, which, if admitted, was not criminal.

I prosecuted drug dealers. I never sent more than a handful of agents to arrest them, and these were were gun toting, vicious dudes. Stone does not own a gun nor does he even have a license to do so.

I supervised the prosecution and, thus, the capture of foreign terrorists. The FBI never sent 29 agents to capture even the most dangerous.

Department of Justice protocol for non-violent defendants with no flight risk is to contact defense counsel and arrange a time to appear in federal court for arraignment. Stone has claimed for months that he was about to be indicted. Yet, he did not flee. He has stated that his passport is expired. The judge did not find Stone a flight risk, releasing him on his own signature.

The reason for not sending armed agents unnecessarily into an arrest situation is the possibility of danger to law enforcement, the defendant, and family members. Stone’s deaf wife was still in bed at 6:00 a.m. when the agents barked “Open up. It’s the FBI.” The announcement is intended to alert people inside not to fight and to voluntarily open the door. But Stone’s wife would have had no idea what was happening. Are we to believe that after over a year of tracking Stone’s every move and reading all his correspondence, Mueller’s henchmen did not know this fact?

Worse, someone with the FBI or Mueller’s team dropped a dime on CNN, which sent a reporter who falsely claimed he was only there because of “reporter’s instinct.” The presence of the press was intended to send a message: “If you cross Mueller, you will be publicly humiliated.”

On Thursday, Wray denounced the partial government shutdown by posting on the FBI website that “It takes a lot to get me angry, but I’m about as angry as I have been in a long, long time.” It is time for him to get angry about how Mueller’s team used the FBI. He can start by investigating who got CNN to the arrest scene. 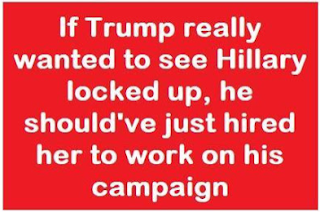 
Donald Trump confidant Roger Stone may be accused of lying and tampering with witnesses, but it’s equally notable what he’s not charged with: colluding with the Kremlin in a grand conspiracy to help Trump win the presidency in 2016.

The case is the latest in a series brought by special counsel Robert Mueller that focuses on cover-ups but lays out no underlying crime. It’s a familiar pattern in Washington, where scandals from Watergate to Iran-Contra and Whitewater have mushroomed into presidency-imperiling affairs due to efforts to conceal and mislead.

In the Russia investigation , one Trump aide after another has been accused of lying to investigators, or encouraging others to do so, about Russia-related contacts during the campaign and transition period.

Mueller may well have evidence of criminal coordination between Trump associates and Russia that he has yet to reveal, but so far, he’s focused repeatedly on those he believes have tried to throw federal or congressional investigators off the trail. . .

IJR, Jake Tapper Suggests That Roger Stone ‘Might Like’ Being in Prison Reminiscent of anarl rape jokes by National Review people that we saw that pissed Ace off so much.


One of Tapper’s panelists, former Obama adviser Jen Psaki, commented that “no one’s going to cry if Roger Stone goes to jail or when he goes to jail.” Tapper then suggested that Stone would somehow “like” prison.

Jazz Shaw at Hot Air thinks The Answers As To Why CNN Was At Roger Stone’s House Make Little Sense. Victoria got it right above. It wasn't enough to roust him and his deaf wife out of bed before dawn. It had to be on TV.


The entire Mueller investigation has been leaking like a sieve since the beginning. There are people on the inside who have created a cottage industry out of sending tips to the media. Not all of them have worked out swimmingly, as Buzzfeed can attest to, but people have been talking out of school, and almost always about things that paint the White House in the worst possible light. Call them deep state actors. Call them rats. Call them concerned citizens who think the public should be informed. Call them whatever you like, but reporters have had a direct line into this investigation and published countless news items based on “sources close to the investigation who spoke anonymously because they weren’t authorized to discuss the matter in public.” The idea that nobody would drop a dime to their friends at CNN about such a juicy story seems highly implausible at best.

Joel Cohen at Da Hill asks What exactly is Giuliani doing?. Beats me, but it sure is colorful.


So let’s assume that Trump’s statements to the public are, shall we say, different from those given to Mueller under oath. As Toobin says, “Giuliani has to sort of move Trump’s answer in line with what Trump said in the questionnaire, without seeming to. And it’s impossible. So he sounds ridiculous.”

Thus, Toobin offers, knowing that Mueller is likely to issue his report relatively soon, Giuliani, either on his own or with Trump’s blessing (and that’s a good question right there) feels the need to bring the public along to wherever this is going. That is, to prepare the public for what soon might be in the public record — i.e., that Trump indeed was planning to build a Russian hotel until the day he was elected, and only then abandoned it. All this would lead Trump’s supportive base to say, when Mueller’s report is made public, “Yeah, we knew about that; Giuliani said it. What’s the big deal?” And if that supposition is true, it sounds like the agile Giuliani of his heyday.

Some archival footage of Roger Stone with Insty. He supported the Tea Party! He clearly deserves whatever he gets!