House Intelligence Committee Chair Adam Schiff defended himself Tuesday against Donald Trump Jr.’s accusation of leaking by stating he didn’t “leak” testimony, but rather he exposed it.

“That’s not a leak, it is exposure of his non-cooperation and his stonewalling of our committee,” Schiff responded when CNN’s Wolf Blitzer confronted him about Trump’s allegation.
. . .
Schiff contended Republicans and Democrats alike “expose” information in a similar fashion.

“We have always maintained the position that while we won’t talk about the substance of a witness’s testimony closed session, we will reveal whether [they’re] non-cooperative so that they cannot mislead the public into thinking that they’re coming and answering all of our questions,” Schiff said. “That is not only a practice that we have had, but also my colleagues in the GOP have from time to time used the same practice.”

Sadly, I have to agree with Adam on this one. Both sides leak, and I've been plenty happy with the leaks from Bruce Ohr's testimony, which were clearly from Republicans. However, there is a difference between leaks of material information, and leaks of personal information designed to cause financial damage and personal pain. AP: House Democrats investigate White House security clearances. Sauce for the goose, and all. Trump ought to have the FBI checking into clearance on Capitol Hill.

Byron York at WaEx, What if Mueller doesn't give Democrats what they want? They'll stamp their little feet, cry and claim it was rigged, and demand a do-over the way they do every time things don't go their way. 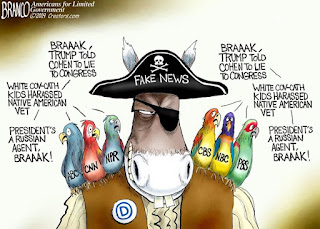 By way of the Wombat's In The Mailbox: 01.23.19,  from From the First Street Journal, This is what #TrumpDerangementSyndrome gets you: known liars telling lies have their lies believed. This could be about Covington, but it's about Buzzfeed:


At some point, people have to realize that just because a story has been printed or broadcast by the credentialed media does not mean that it is true. The media would have us believe that, like women never lying about accusations of rape, the media simply cannot lie. That’s why the media react like so many feminists do when a false accusation of rape is exposed; they claim that it’s a wholly isolated incident, and means absolutely nothing at all concerning the general credibility of media stories. 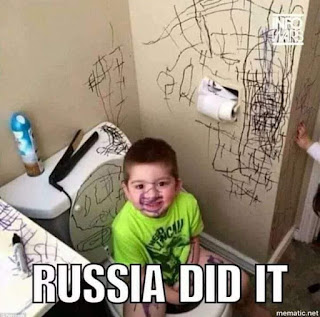 Law and Crime, Buried in a Footnote, Manafort’s Attorneys Suggest He Was Victimized by ‘Unusual’ Tactic


Buried in a footnote amidst this argument, however, Manafort’s legal team also appears to be laying the groundwork for procedural complaints against Mueller’s efforts–if it ever comes down to that.


The government is, of course, free to proceed in this manner if it so chooses. It is unusual, however, in a situation where the defendant has agreed to cooperate with the government for prosecutors not to provide documentation in advance in order to refresh the recollection of the witness about past events.

In other words, Manafort’s legal team looks to be signaling that they believe their client is being treated particularly unfairly by Mueller viz. the lying allegations. We’ve seen this happen in the case of Michael Flynn, when Flynn’s attorneys questioned FBI interview tactics. At root, of course, the entire Wednesday filing makes that argument–but the above footnote uses language suggesting a long-traveled departure from established prosecutorial norms.

Essentially, the footnote provides one documented instance where Manafort’s attorneys might later point at in order to claim their client was thrown into the infamous perjury trap. They don’t explicitly make such an argument here.

Later on in the filing, Manafort’s attorneys appear to obliquely reference Mueller’s allegedly “unusual” take on refreshing defendants’ memories–while also noting that Manafort explicitly attempted to correct any misstatements he may have made [italics in original] . . .

A prosecutor trying to trick a defendant?  I'm shocked, shocked. 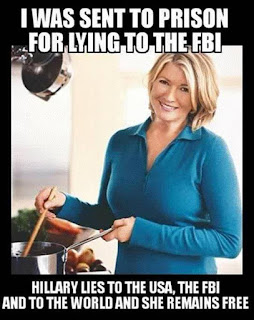 Da Peacock, Michael Cohen postpones congressional testimony because of threats to family from Trump and Giuliani. Why on earth would Cohen ever voluntarily testify before Congress again; the last time he did it he became the first person in many years to be prosecuted for lying to Congress, despite many obvious cases (Yes, I'm look at you, Clapper, Brennan and Hillary)? He needs an excuse. The President's and Giuliani's statements are the excuse. Related from Ed Morrissey at Hot Air, Is Trump Getting Mighty Tired Of The Rudy Show? I suspect a program to drive a wedge between Trump and his lawyer. I think Trump is OK with Rudy creating chaos he can exploit.


Napolitano, who appeared on “The Story with Martha MacCallum” on Tuesday, argued that the strategy is not an uncommon tactic and could lessen the impact of a report that could otherwise be “like dropping an anvil in a lake.”

“There’s an old rule of thumb that trial lawyers follow: If there’s damaging information about your client, better it come out of your mouth than out of the government’s mouth,” he said. He said it’s likely that Giuliani has a good idea about what Mueller may have on the president, and if he could slowly release the information, it will be “more palatable.”

Peacock, U.S. ramping up probe against Julian Assange, WikiLeaks says, AP: WikiLeaks sues to unseal any charges against founder Assange. I'm old enough to remember when Assange and Wikileaks were heroes to the American Left. How times change!
Posted by Fritz at 9:28 AM