Reign of Pain Update: "Don't Die on This Hill"

Well, tomorrow it gets real, at least for salaried federal workers, who miss their first check (or more likely direct deposit) on Friday. Never mind that they haven't done a lick of of work in three weeks. How does that work? Meanwhile, Trump Walks Out of Meeting With Democrats, Then Tweets "Bye-Bye". (Ace)

Just left a meeting with Chuck and Nancy, a total waste of time. I asked what is going to happen in 30 days if I quickly open things up, are you going to approve Border Security which includes a Wall or Steel Barrier? Nancy said, NO. I said bye-bye, nothing else works!
— Donald J. Trump (@realDonaldTrump) January 9, 2019

FOR trump THIS IS POLITICAL..BUT REAL PPL ARE REALLY SUFFERING ‼️
WHERE WAS THE FKNG
CRISIS 1 MONTH AGO,1YR AGO⁉️WHERE HAS IT BEEN FOR THE LAST 2 YRS. HAVING SAID THATNANCY YOU ARE A HERO LET HIM HAVE HIS FKNG MONEY‼️PPL WILL STARVE
LOSE THEIR HOMES, B UNABLE 2 C DRS🙏🏻
— Cher (@cher) January 9, 2019 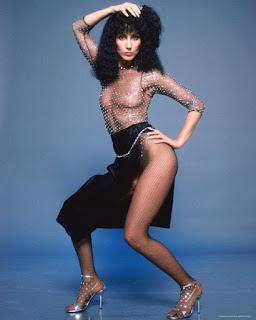 I don't like agreeing with Cher, but she has a point. Even Stacy McCain agrees with Cher: Schumer and Pelosi Own the Shutdown Even as They Try to Blame Trump


President Trump is taking the side of ICE agents; Democrats are taking the side of the drug dealers and human traffickers. The president doesn’t have to get everyone to believe him in order to win this fight. He is aiming his argument directly at the voters in Michigan, Pennsylvania and Ohio who elected him in 2016. They want him to stand strong against illegal immigration, and he understands this. Molly Hemingway notes that the response to Trump’s speech confirms that the media are “out of their minds with rage about Trump,” a rage that is the majority opinion in New York and California, the states represented by Schumer and Pelosi. However, the 2020 election will not be decided in New York and California. No matter how much anti-Trump rage the Democrats can gin up among the coastal elites, it is heartland voters who wield the decisive power in American politics, and they’re still on Trump’s side.

Swiped from Insty: The Border Wall: thoughts about Trump’s address and the Democrat rebuttals


Having had some time to think about Trump’s address, as well as the official and unofficial rebuttals, I have a few thoughts, none particularly deep or meaningful. I therefore offer them for what they’re worth:

Trump spoke about the American people. He made it plain that he is working to benefit them, especially those in the front lines of dealing with the harm wrought by people who ought never to have been here in the first place.

Pelosi and Schumer spoke about Trump. Their hatred was manifest and should cause people to wonder whether their working for the good of Americans or simply to import voters, along with attendant drugs and violence.

Ocasio-Cortez spoke about garble-gooble fizwitz aliens blumpf Americans karpoffez deelywhop clum Marx shcniszzsle open borders. It continues to behoove us to take her seriously and to make sure that Americans understand that she represents the up-and-coming generation of young Democrats.

Trump did not say a single word about race. Nevertheless, he was instantly attacked for being racist. There is nothing racist about insisting that people who enter the country do so after knocking on the front door and asking for permission, rather than by leaping over the back fence, breaking through the kitchen window and, in some cases, poisoning the food, raping the women and children, and killing a family member or two. This is about behavior, not race.

CBS was so busy “fact checking” Trump that it inadvertently and absolutely proved that he understated the horrific attacks on Latin American women inveigled into making the march to the American border. CBS then did the only thing a modern mainstream media outlet could do, which was to delete its inadvertently pro-Trump, anti-illegal immigration fact-check.

Scott Adams is correct that the main problem with American politics is the media. Before the second half of the 20th century, the American media was partisan, but it was honest . . . just with a spin. It now has a vested interested in saying anything that will (a) support its hard-Left ideology and (b) destroy Trump. It has gone full Orwell. Because both political parties play to the media, they are feeding into a dishonest, polarizing mindset that makes functional government virtually impossible.

I understand that the Oscars are still casting about for a host. I suggest Pelosi and Schumer . . .

I confess, following our long standing practice of not watching political addresses live on TV we didn't stick around for Trump or the rebuttals. I may have to watch them in re-run to see how they hold up historically.

Links from the Wombat's In The Mailbox: 01.09.19: Louder With Crowder: This Photo Of Schumer & Pelosi Watching Their Disastrous Response Is Everything, American Power: Schumer & Pelosi Become Instant Memes With Their Response To Trump’s Border Speech, American Thinker: Democrats Can Fund The World, But Not The Wall, Don Surber: CBS Caught Trump In A Lie. Hilarity Ensues, Joe For America: The Best Of The Pelosi/Schumer Memes, Michelle Malkin: Border Wall – A Monument For The People, Not The Pols, Victory Girls: What Democrats Used To Say About The Border, Weasel Zippers: Occasional Cortex Slams Trump For Funding ICE – Five Days After She Voted To Fund Them, Mark Steyn: The Real Crisis

Althouse: "Both sides have taken absolutist positions that leave no room for the kind of split-the-difference compromise that usually ends budget impasses...."


"But Mr. Trump’s claim that he can and may attempt to build his wall another way opens the door for him to sign a spending bill with no wall funding, reopening the government without capitulation by either side. While any such move by Mr. Trump is certain to prompt outrage from his critics and wild approval from his supporters, there is good reason to believe that it is unlikely to result in much immediate change. His push for a wall would be channeled into a lengthy court fight, keeping lawyers far busier than construction workers, at least initially, as his term ticks away.... If, in the end, the Supreme Court were to rule that emergency-power laws give Mr. Trump authority to proceed, he would probably face still more litigation with property owners over whether the government may use eminent domain to force them to sell their border lands. There may be little time left in his term after all that to add more than a few miles, if any, of barriers to the 1,954-mile border, which already has 654 miles of fencing."

From "Trump’s Emergency Powers Threat Could End Shutdown Crisis, but at What Cost?" (NYT).

Hence, going the political road first.
Posted by Fritz at 11:10 AM