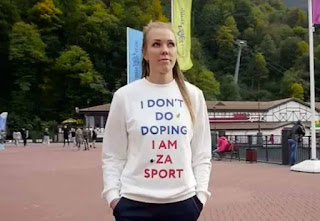 In an interview with the Associated Press earlier this month, Russian bobsled pilot Nadezhda Sergeeva said other Olympic athletes had warmed to her once she had been allowed to compete in this year's PyeongChang Winter Games by the International Olympic Committee. During the interview she was wearing a sweatshirt that read, "I Don't Do Doping."

On Friday, Russian bobsled officials confirmed to the AP that Sergeeva had failed a doping test.

Maybe her mother bought her the shirt.


Sergeeva was one of the 168 Russian athletes who were specifically vetted before the Games by the IOC, which had banned Russia's Olympic federation from PyeongChang over past doping sins but allowed the preapproved Russian athletes to compete under the Olympic Athletes From Russia moniker.

She's now the second Russian athlete - and just the fourth athlete overall - to fail a doping test at these Olympics, joining curler Alexander Krushelnitsky, who tested positive for the banned substance meldonium. 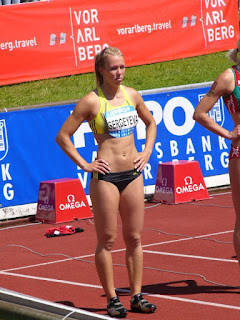 I've written about meldonium before. Apparently it's widely used in Russia (and old Russian split-offs) military to increase fitness, and its use filtered into sports from there. A vasodilator, it allowes more blood (and hence more oxygen) to flow to reach muscles. It was banned by the  World Anti-Doping Agency in 2016, and shortly thereafter Maria Sharapova tested positive and was suspended for two years.


According to the AP, Sergeeva tested positive on Sunday for trimetazdine, a medication used for angina that has been banned because of its effects on metabolism. The president of the Russian Bobsled Federation says she denies taking the substance and that her initial drug test at the Games came back clean. 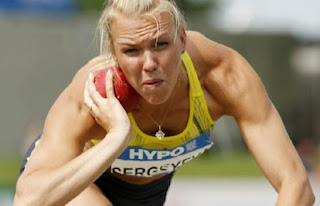 I think I could have used some before the deck project.


"She confirms she took no such medication and the team confirms she was not issued any medication," Alexander Zubkov told the AP. "Federation representatives at the Olympics" are starting to prepare a defense, he said.

"I can tell you that on the 13th it was clean, but on the 18th it gave a positive result for the heart medication," he said

She appears to be a multi-season athlete. Linked by Evi L. Bloggerlady in "Loving Vincent: A Review" and "South African Wine". Wombat-socho has "Rule 5 Sunday: Larger Than Life" up and running on time and within budget at The Other McCain.
Posted by Fritz at 11:06 AM