Where to start? Yesterday was such a big day! How about Comey told Congress FBI agents didn't think Michael Flynn lied, but somehow Mueller "persuaded" him to plead guilty? I know, the FBI isn't supposed to make charging decisions, but . . .

What happened? With Flynn awaiting sentencing — that was recently delayed until at least May — some lawmakers are trying to figure out what occurred between the time Comey told Congress the FBI did not believe Flynn lied and the time, several months later, when Flynn pleaded guilty to just that.

None of those congressional investigators has an answer; they're baffled by the turn of events. But they know they find the Flynn case troubling, from start to finish.

There was a rumor that Mueller was threatening to indict Flynn's son if Flynn didn't capitulate. 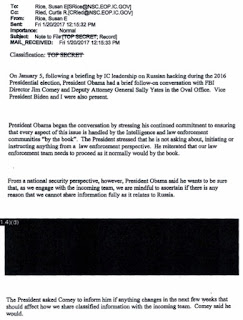 Hmmm: Susan Rice Sent An Email To Herself On Inauguration Day Memorializing A Chat Between Obama And Comey On Russiagate


Note the date and time: January 20, 2017, 12:15 p.m.Trump had just been sworn in as president minutes before. Was Susan Rice commiserating with friends while he took the oath of office? Ruminating on the legacy of the Obama years? Planning her next career move? Texting angrily to someone about how much she hates Trump? Getting plastered?

Nope, she was thinking about Russiagate, intently enough that she wanted to get something down on the record where she knew the National Archives would record it about a meeting that had been held more than two weeks before. In her final moments as a White House employee, this is what Susan Rice was focused on.

The memo allegedly documents a meeting with Obama where Comey and Yates (and Rice and Biden) were told to play the Russian investigation "by the book." Very convenient, but it also suggests some FBI/DOJ matters were not played by the book up to that point. 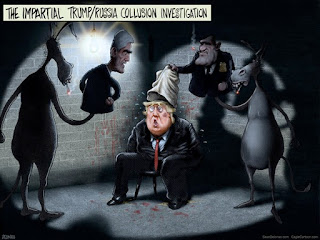 More links between top Democrats and the Russians? Intriguing Links Emerge In GOP Led Dossier Investigation. I guess contact with Russians is only suspicious for Republicans.

Just to reiterate: Hillary Clinton’s Fingerprints Are All Over The FBI’s Investigation Into Trump’s Russia Ties


Why is John Brennan still so mad at James Comey? Because from Brennan’s perspective, the target of the information operation commonly referred to as Russiagate wasn’t just the 2016 GOP candidate. Sure, the Obama administration spied on the Trump team, but they regularly spied on their political opponents. Brennan’s CIA spied on U.S. Senators, a fact he first lied about and then grudgingly admitted to Congress and apologized for. The Obama White House abused the foreign intelligence surveillance system to spy on opponents of the Iran deal. Obama’s National Security Council staff had a 15-year CIA analyst, Ned Price, briefing—and purposefully misleading—the press and public, which had no idea he was a spy, regarding Obama administration policy. The White House spied on the Trump team. The point is that the main target of Brennan’s campaign was Comey.

Read the whole thing. It's long but scary. The CIA needs serious reform.

Phase 3 of the House Investigation Will Probe the Intelligence Community, and Ask Whether John Brennan Perjured Himself in Dossier Testimony 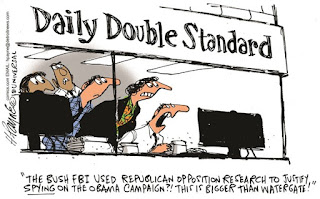 They all perjure themselves, and dare us to prosecute.

Maybe it's time to take the dare.


House Intelligence Committee Chairman Devin Nunes next plans to investigate the role former CIA Director John Brennan and other Obama intelligence officials played in promoting the salacious and unverified Steele dossier on Donald Trump -- including whether Brennan perjured himself in public testimony about it.
In his May 2017 testimony before the intelligence panel, Brennan emphatically denied the dossier factored into the intelligence community's publicly released conclusion last year that Russia meddled in the 2016 election "to help Trump’s chances of victory."
Brennan also swore that he did not know who commissioned the anti-Trump research document [], even though senior national security and counterintelligence officials at the Justice Department and FBI knew the previous year that the dossier was funded by the Hillary Clinton campaign.

Report: Rachel Brand Quit The DOJ Partly For Fear That She’d Be Put In Charge Of Russiagate. Yeah, that would suck. Everything to lose and nothing to gain. But isn't public service supposed to be about sacrifice and dedication. At least that's what they keep telling us.

Conspiracy theories like this are basically prayers to pagan demons. Lawrence Tribe doesn't so much believe this is true as he's wishing to a dark and forgotten Stone Age god of hate to make it true.

Via Wombat-socho's "In The Mailbox: 02.12.18", EBL: The Grassley Memo Shows How Bad Things Really Are, BattleSwarm: Russian Collusion CONFIRMED – With Democrats And The CIA


The Democrats sent a very political and long response memo which they knew, because of sources and methods (and more), would have to be heavily redacted, whereupon they would blame the White House for lack of transparency. Told them to re-do and send back in proper form!
— Donald J. Trump (@realDonaldTrump) February 10, 2018


Nunes launches his own site to counter ‘fake news’ Good luck with that. Nunes News: Propaganda, Facebook Fail, Or Both?
Posted by Fritz at 9:40 AM