Ok such fun, so many events, so many pratfalls!


House Intelligence Committee Chair Devin Nunes is preparing to release the second memo in his investigation into alleged corruption at the FBI and Department of Justice.

The memo will focus on purported abuses at the State Department and a second Trump-Russia dossier, authored by an operative with longtime ties to the Clintons, that former British spy Christopher Steele gave to the FBI.

Are we going to find out who submitted all the unmasking requests with Sammy Powers names on them? That would be nice.

Former State Official: I Was A Teenage Steele-Blumenthal-FBI Conduit, Or Something


The Atlantic reported Monday that the focus would fall on one official in particular:


Devin Nunes has a new target: Jonathan Winer, the Obama State Department’s special envoy to Libya, and longtime Senate aide to John Kerry. Winer received a memorandum written by political activist Cody Shearer and passed it along to Christopher Steele, the former British intelligence official who had compiled his own dossier on Donald Trump.

Actually, there’s one more figure in this conduit that the Atlantic mentions later: Sidney Blumenthal. The longtime Clintonland fixer, and supplier of questionably acquired intelligence to Hillary Clinton before the attack on the Benghazi, helped move the Shearer memo around to Winer. Winer then forwarded it to Steele, who then passed it back to the FBI, where Blumenthal’s efforts became part of their counterintelligence probe, likely without the bureau knowing its full provenance.

If that sounds mighty convenient for Hillary Clinton, Winer wants everyone to know that he saw this as doing his job. . . .


At least four separate coincidences have emerged as the public learns more information about the unverified Steele dossier and how it was crafted.

The origin story of the 35-page document was pretty simple at the outset. Fusion GPS, which was investigating then-presidential candidate Donald Trump, hired former British spy Christopher Steele to write the dossier.

But as more details about the dossier trickle out into the public forum, connections have surfaced that raise questions about how information made its way into the salacious document.

Here are the four most significant “coincidences.” . . . 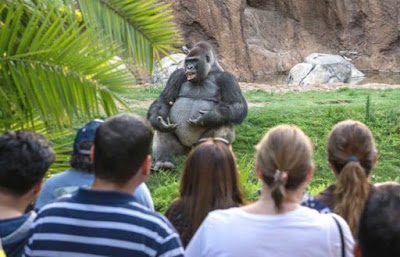 "So let me get this straight: They phonied up a bunch of FISA warrants salted with a crap dossier of fake evidence in order spy on Trump's campaign. They leaked debate questions to Hillary in advance. The media gave up all pretense of objectivity and campaigned on her behalf. They publicized crap polls all showing her with an insurmountable lead. They did everything except kidnap Trump and lock him in a steamer trunk, and yet she STILL lost. So when I hear this incompetent boob blubbering and drunk-tweeting about how it was everybody else's fault but hers, I think, yeah, this is just what the Democrats need in 2020: a bitter, angry, pathetic loser who doesn't know that she needs to just give up and go home. And maybe get a few cats for company."


I'm sure this'll be another case where our Firefighter Media says "Don't you dare demand information from the government!!!"

and Trump to Clear Schiff Memo for Public Release, for Some Reason, of course, we found out later in the day that as expected, the memo was loaded with sources and methods, and the intelligence agencies demand a chance to redact it. White House: We Can’t Declassify Adam Schiff’s Memo — Yet

Ace again, with the biggest pratfall of the day in bold, capital red letters and the  burning skull: RUSSIAN COLLUSION, FOR REAL: CIA PAID $100,000 TO SHADY RUSSIAN SOURCE FOR DIRT ON TRUMP

From the New York Times.

We seem to have a lot of ropes getting blown around in the wind that need some weighting to keep them down.

Note this story is going to claim the CIA paid to get their own stolen cyberweapons/hacking tools back and this Russian just insisted on offering dirt on Trump they didn't want.

That's absurd. How do you buy back your own cybertools? You already have the tools; the problem is that other people have them, and paying someone to send you a copy does nothing at all to stop him from selling other copies forever, to whoever he wants.
No, this is about the Trump dirt, and the cyberweapon thing is the cover story.

This has become intolerable, and large segments of the public will no longer tolerate it.


After months of secret negotiations, a shadowy Russian bilked American spies out of $100,000 last year, promising to deliver stolen National Security Agency cyberweapons in a deal that he insisted would also include compromising material on President Trump, according to American and European intelligence officials.
The cash, delivered in a suitcase to a Berlin hotel room in September, was intended as the first installment of a $1 million payout, according to American officials, the Russian and communications reviewed by The New York Times. The theft of the secret hacking tools had been devastating to the N.S.A., and the agency was struggling to get a full inventory of what was missing.
Several American intelligence officials said they made clear that they did not want the Trump material from the Russian -- who was suspected of having murky ties to Russian intelligence and to Eastern European cybercriminals. He claimed the information would link the president and his associates to Russia.
But instead of providing the hacking tools, the Russian produced unverified and possibly fabricated information involving Mr. Trump and others, including bank records, emails and purported Russian intelligence data.
The United States intelligence officials said they cut off the deal because they were wary of being entangled in a Russian operation to create discord inside the American government. They were also fearful of political fallout in Washington if they were seen to be buying scurrilous information on the president.

Yeah, you thought you were buying stolen cybertools, which cannot be bought back (and you already have them), but these guys just kept forcing this faked-up Trump dirt on you.

No, they paid $100,000 (as a down payment for a $1 million payout) to get dirt on Trump before an election, and the "cybertools" claim is just a cover story, a legend.

Just 42% Think Russia Meddled More in 2016 Election Than FBI. So all independents and Republicans are convinced but you need to throw the CIA, NSA, State Dept into the poll, too.

And another upper DOJ official feels the pull of home and family a higher salary : Rachel Brand, Third In Line At The DOJ, Leaving For The Private Sector. Will it be at Fusion GPS?


If you’re wondering why Brand’s name sounds familiar, it’s because she pops up from time to time in stories about Trump seething at Sessions and Rosenstein. She’s number three at the DOJ behind the two of them but she’s number *two* in the Russiagate probe behind Rosenstein, thanks to Sessions’s recusal. If Trump were to fire Rosenstein or if Rosenstein were to recuse himself (very belatedly) due to his role in James Comey’s firing, Rachel Brand would be head honcho of the Russiagate investigation. She’d become Robert Mueller’s supervisor. If the order came down from the Oval Office to fire Mueller, it would be Brand’s choice to carry it out or resign in protest. Not a great spot to be in as a lawyer. Not tremendous!

Byron York: What explains the FBI's deep faith in Trump dossier author Christopher Steele?Basically, because he told them what they wanted to hear.

The good Roger Simon: Democrats Are Headed for a World of (Deserved) Hurt


After years of non-stop virtue signaling as the party of "truth, justice and equality," the Democrats are slowly, inexorably being revealed to be the reverse. They are being hoisted on the petard of their own moral narcissism. It has made them blind.


From the moment it dawned on Hillary Clinton, late on election night, that she had managed to blow a fixed fight, and that there would, therefore, be hell to pay, the Democrat-Deep State-Media Complex suddenly had to conceal their own malfeasance by doing what the Left does best—projecting its own sins onto others . . .

There it is, a days worth!

Wombat-socho has "Rule 5 Monday: Mash Note" up and running.
Posted by Fritz at 9:25 AM