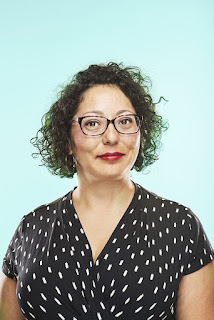 "California Assemblywoman Cristina Garcia — whose high-profile advocacy of the #MeToo movement earned her national media notice — is herself the subject of a state legislative investigation in the wake of a report that she sexually harassed and groped a former legislative staffer."

But Daniel Fierro of Cerritos told POLITICO that in 2014, as a 25-year-old staffer to Assemblyman Ian Calderon, he was groped by Garcia, a powerful Democratic lawmaker who chairs the Legislative Women’s Caucus and the Natural Resources Committee. He said she cornered him alone after the annual Assembly softball game in Sacramento as he attempted to clean up the dugout. Fierro, who said Garcia appeared inebriated, said she began stroking his back, then squeezed his buttocks and attempted to touch his crotch before he extricated himself and quickly left.... 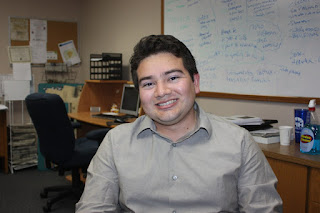 [And a] prominent Sacramento lobbyist says she also accosted him in May 2017... at a fundraiser hosted by Governor Jerry Brown for state Senator Josh Newman at the de Veres bar in Sacramento. He said he was heading out the door in part to avoid the assemblywoman... She spotted him and said,“Where are you going?” the lobbyist said. “She came back... She looked at me for a second and said, 'I’ve set a goal for myself to fuck you.'"

At that point, Garcia “stepped in front of me and reaches out and is grabbing for my crotch,’’ he said. That was “the line in the sand,” according to the lobbyist, and he stopped her. “I was four inches from her, eyeball to eyeball -- and I said, ‘That ain’t gonna happen.’

They say politics is Hollywood for ugly people.
Posted by Fritz at 10:38 AM