We Have the Best Slackers in the World! 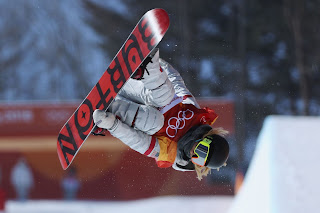 
American teenage sensation Chloe Kim romped to Olympic snowboarding gold in the women's halfpipe Tuesday before bursting into tears as the enormity of her achievement sunk in.

The 17-year-old, who has melted the hearts of home fans in Pyeongchang thanks to her ever-ready smile and Korean heritage, justified her status as the hot favourite with an eye-popping top score of 98.25. 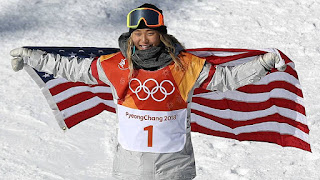 Kim had been assured of gold before her pulsating final run after China's Liu Jiayu crashed on her last descent.

But after wrapping herself in the American flag, Kim was suddenly overcome with emotion and the tears flowed as she celebrated with her Korean parents. 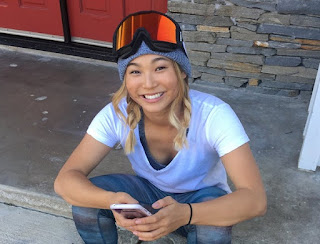 "There was a lot of pressure," added Kim, who was so good at 13 she might have won gold in Sochi -- but she was too young to compete. 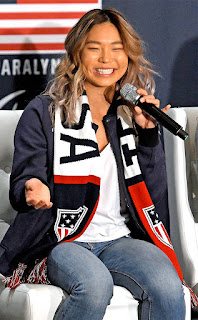 "You wait for four years and it's pretty nerve-wracking. There definitely was a lot of hype but I'm proud of how I was able to handle the pressure today."

Liu claimed silver with a score of 89.75 points and American Arielle Gold the bronze four points further back.
But neither looked like threatening Kim, who found time to take to Twitter between runs to complain she was having trouble keeping down her breakfast.

"I wanted to go bigger and better on that third run," said the four-time X Games champion. "I messed up on my second run so I'm kind of annoyed but I got redemption on my third.

I tried snowboarding once. It seemed like a lot of work to go to to get down a mountain.