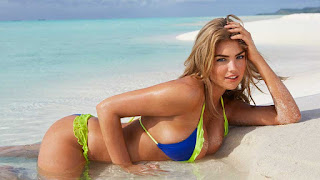 
After the first day of shooting the Guess Lingerie campaign [on July 25, 2010], Paul Marciano said he wanted to meet with me. As soon as I walked in with photographer Yu Tsai, Paul came straight up to me, forcibly grabbed my breasts and started feeling them — playing with them actually. After I pushed him away, he said, “I’m making sure they’re real.” 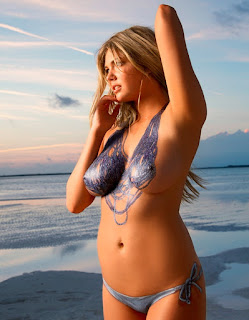 Messing with Kate Upton is messing with an institution; that's just UnAmerican!


Despite doing everything I could physically do to avoid his touch throughout the meeting, he continued to touch me in a very dominating and aggressive way, grabbing my thighs, my arms to pull me closer, my shoulders to pull me closer, my neck, my breasts, and smelling me. He then told Yu Tsai to leave us alone. I was able to send a quick text to Yu Tsai asking him to stay. He did, but that did not stop Paul’s constant grabbing. I was extremely shaken, surprised and scared.
At one point he forcibly grabbed the back of my head so that I could not move and started kissing my face and my neck. I remember not wanting to say “Get off of me” because I didn’t want to open my mouth to say anything because I didn’t want him to be able to put his tongue in my mouth. I had two options: do everything I could to wiggle away and avoid his pursuit, or punch the CEO of Guess. So I decided to just wiggle away. 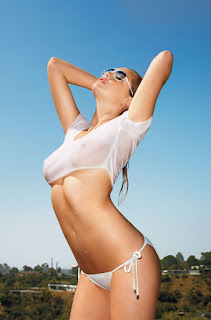 She should have punched him.


On a subsequent shoot, Upton says Marciano continuously called her, wanting to come to her hotel room. She turned her phone off to avoid him. The next day she found out she’d been fired. Someone had called her manager claiming she was fat. There were a couple of subsequent photo shoots with Guess where Marciano once again tried to cozy up to Upton. She made an agreement with the photographer not to be left alone in a room with Marciano and then the photographer was fired. The substitute photographer helped rescue Upton from an awkward “date” with Marciano.
. . .
Friday, Upton appeared on ABC’s Good Morning America to talk about why she didn’t reveal any of this until a tweet last week. She claims she was pushed not to discuss what had happened by people whose careers depended in part on her showing up for work. From Fox News:


“I was 18 years old and everybody around me is pushing me to not tell my story, it’s better to keep things in the dark because everyone is incentivized by me getting on set, the agents, everybody gets paid if I show up on set.”

It was nice of her to think of all the little people, though.

Wombat-socho has "Rule 5 Monday: Mash Note" up and running.
Posted by Fritz at 6:00 AM