The Rise of the Robo-Sexuals


Dr. Neil McArthur, an associate professor at the University of Manitoba, has claimed we “must be prepared” for the rise of “digisexuals” who use technology as their primary sexual outlet.

“Radical new sexual technologies, which we term ‘digisexualities,’ are here,” declared McArthur this month. “As these technologies advance, their adoption will grow, and many people may come to identify themselves as ‘digisexuals’ – people whose primary sexual identity comes through the use of technology.” “Researchers have found that both lay people and clinicians have mixed feelings about digisexualities. Clinicians must be prepared for the challenges and benefits associated with the adoption of such sexual technologies,” he continued. “In order to remain ethical and viable, clinicians need to be prepared to work with clients participating in digisexualities. However, many practitioners are unfamiliar with such technologies, as well as the social, legal, and ethical implications.” 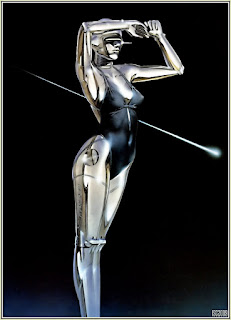 “Guidelines for helping individuals and relational systems make informed choices regarding participation in technology-based activities of any kind, let alone ones of a sexual nature, are few and far between,” McArthur explained. “Thus, a framework for understanding the nature of digisexuality and how to approach it is imperative.”

On the topic of virtual sex and robots, McArthur proclaimed, “It is safe to say the era of immersive virtual sex has arrived.” 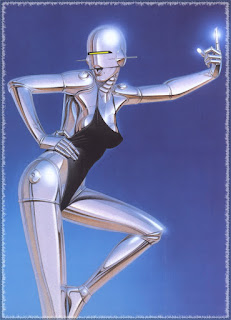 “Many people will find that their experiences with this technology become integral to their sexual identity and some will prefer them to direct sexual interactions with humans,” he claimed, adding, “There is no question that sexbots are coming. People will form an intense connection with their robot companions.”

“These robots will be tailor-made to meet people’s desires and will do things that human partners cannot or will not do,” concluded the professor. “For this reason, significant numbers of people will likely come to use robots as their primary mode of sexual experience.”

What do I know? I just barely have a smart phone.