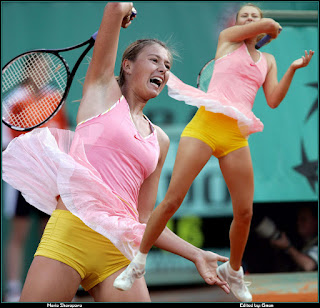 The highest earning athlete in any female sport said that she had been found to have taken Mildronate – or Meldonium – which was prohibited from January 1 this year.

The International Tennis Federation has confirmed the star will be provisionally suspended from the sport March 12.

At a press conference which many assumed would be to announce her retirement after a spate of injuries, she delivered what is catastrophic news for her, the sport and women's tennis in particular. 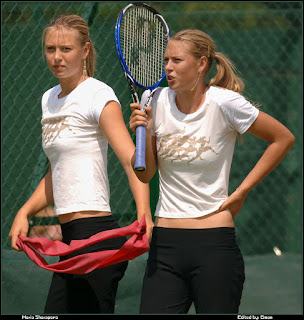 I think this is a big ado about not very much, as you can see, below, the ban on it was just announced this year, literally two months ago.


'I had legally been taking this for ten years,' said Sharapova, who conceded that she had received a notification from the International Tennis Federation on December 22 that it was being outlawed. She admitted that she did not follow an information link that was provided.

'I take responsibility for my professionalism in my job and I made a big mistake. I know there will be consequences and I don't want to end my career this way. I really hope I will be given another chance to play tennis again. I can't blame anyone but myself. I have let my fans down. 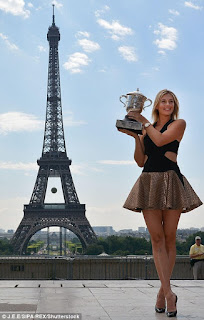 Good for her for stepping up.


'I know many of you thought I was retiring but if I was ever going to announce my retirement it would probably not be in a downtown Lost Angeles hotel with this fairly ugly carpet.'

'It made me healthy and that is why I continued to take it,' Sharapova said of the banned substance after taking a small number of questions from the floor.

'I am still working through my injury and that is the reason I withdrew from Palm Springs, because I have still not healed my injury.

Asked if she knew what the consequences of her failed test may be, Sharapova added: 'I do not. This is very new for me, I just received the letter a few days ago and I will be working with the ITF.' 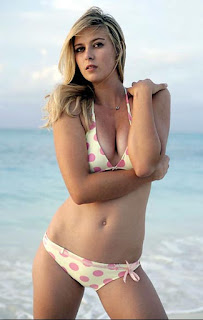 The full statement from the ITF made clear Sharapova accepted the charge against her.

It said: 'Following the statement made by Maria Sharapova in a press conference today, the Tennis Anti-Doping Programme (TADP) can confirm the following:

'On 26 January 2016, Ms Sharapova provided an anti-doping sample to the TADP in association with her participation in the 2016 Australian Open.

'That sample was analysed by a World Anti-Doping Agency (WADA) accredited laboratory, which returned a positive for meldonium, which is a prohibited substance under the WADA Code and, therefore also the TADP.

'In accordance with Article 8.1.1 of the TADP, Ms Sharapova was charged on 2 March with an Anti-Doping Rule Violation. 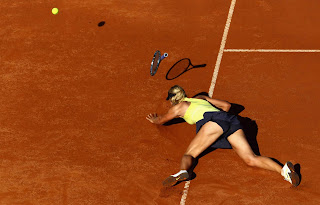 Meldonium, also known as Mildronate, was added to the new banned list of drugs last year, which came into place on January 1, 2016.

The drug was added to the list because the World Anti-Doping Agency said there 'evidence of its use by athletes with the intention of enhancing performance.' 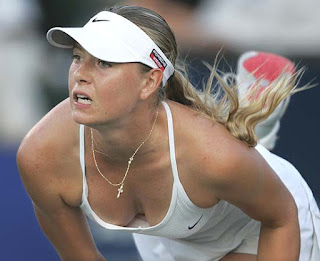 But then, anything that helps healing, reduces pain or cause mild stimulation can be taken by athletes with the intention of enhancing performance. There has to be a reasonable line between caffeine and cocaine and between aspirin and heroin.


WADA had been observing Meldonium in 2015, adding it to its 'monitoring programme' to determine its effects on athletic performance.

It is used medically to treat ischemia, or a lack of blood flow. It can be used as a metabolic enhancer to increase endurance through greater blood flow. 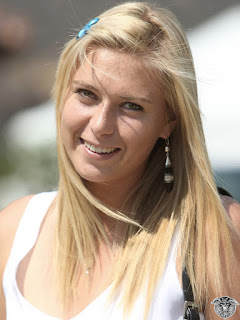 I think I could benefit!

So does aspirin, ibuprofen or aleive. Are they banned?


Sharapova said she has been taking the drug since 2006 to aid in a variety of health problems.

On December 22 of last year, WADA sent out an email indicating what drugs would be banned starting in 2016 and Sharapova conceded that she received but did not read that email.

'Ms Sharapova has accepted the finding of meldonium in her sample collected on 26 January. 'As meldonium is a non-specified substance under the WADA (and, therefore, TADP) list of Prohibited Substances and Prohibited Methods, Ms Sharapova will be provisionally suspended with effect from 12 March, pending determination of the case.' 
In response to the announcement, Steve Simon, WTA chief executive, said: 'I am very saddened to hear this news about Maria. Maria is a leader and I have always known her to be a woman of great integrity.  'Nevertheless, as Maria acknowledged, it is every player's responsibility to know what they put in their body and to know if it is permissible.

'This matter is now in the hands of the Tennis Anti-Doping Program and its standard procedures. The WTA will support the decisions reached through this process.'

The 28 year-old faces a ban of several years, having been informed of the finding 'a few days ago'. She said that was unrelated to her withdrawal from the Indian Wells event this week, as she is presently injured anyway.


I would think, given the relatively recent banning of the substance, they should reinstate her quickly after a short period off the drug. And the old bastards should stop taking their pain and blood pressure meds, too.

Meanwhile, can we investigate this drug for use in the US?

As noted in the comments, GOODSTUFF is also blogging Maria. Linked at Pirate's Cove in the weekly "Sorta Blogless Sunday Pinup" and linkfest. The mega-links from Wombat-socho, "Rule 5 Sunday: Looking Back, All I Did Was Look Away", is up at The Other McCain.
Posted by Fritz at 6:00 AM