Like getting the old band back together: Obama Welcomes Castro's Criticism of America: 'I Personally Would Not Disagree'


President Obama said that he "personally would not disagree" with some of Cuban President Raul Castro's criticisms of America:

"President Castro, I think, has pointed out that in his view making sure that everybody is getting a decent education or health care, has basic security and old age, that those things are human rights as well. I personally would not disagree with him," Obama said.

How many people have gotten onto leaky boats or climbed guarded walls to escape democratic capitalism? 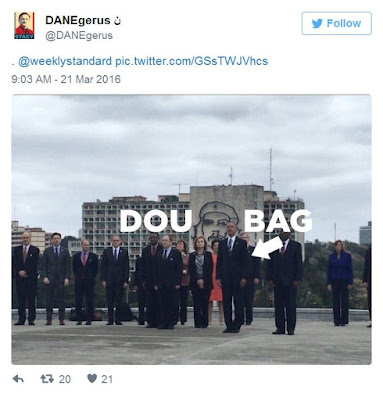 I'm not opposed to opening relations with Cuba, but there's absolutely no reason to kiss the Castro's asses.
Posted by Fritz at 7:40 PM