Chesapeake Rockfish: To Eat or Not to Eat, That is the Question 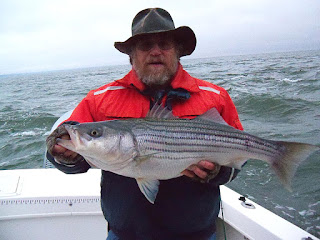 A question of testing: Why Bay anglers face conflicting advice on eating rockfish they catch

What’s an angler to do? Those who eat lots of self-caught striped bass in the Chesapeake Bay and its tributaries get different advice from authorities about how much of the tasty finfish they should consume, depending on where they catch it.

From Maryland to Virginia, environmental agencies urge anglers to limit their consumption of the region’s most popular catch, also known as rockfish, because their flesh may contain traces of toxic substances picked up from other fish and the waters in which they swim.

But the recommendations vary from “do not eat” — for striped bass caught in the District of Columbia’s portion of the Bay’s tidal rivers — to enjoying as many as three servings a month of the same fish if caught in the Maryland portion of the Bay. Virginia, meanwhile, advises anglers to partake of no more than two servings monthly of rockfish caught in its end of the Chesapeake. 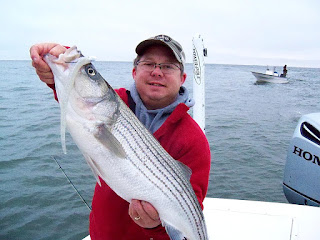 And yet, the fish that  different jurisdictions are giving different advisories for are all members of a highly mobile population of migratory fish, and probably have very similar concentrations of toxics.


For Maryland and Virginia, at least, the difference in consumption advice has less to do with the levels of contaminants in the fish than it does with the way the states test them.

In each jurisdiction, the caution stems from findings that at least some rockfish harbor low levels of polychlorinated biphenyls, or PCBs. Once widely used in electrical equipment, PCBs have been banned in the United States since 1977. But the chemicals linger in river sediments and can pass up the food chain. PCBs are considered a probable human carcinogen, and regular exposure has been linked to reproductive, developmental and other detrimental health effects.

The advisories don’t apply to commercially caught rockfish that are sold in markets and restaurants. Rather, the cautions are intended for anglers who fish for themselves or their family and friends, because of the possibility that the anglers fish just a few spots over many years where PCB contamination may be elevated. 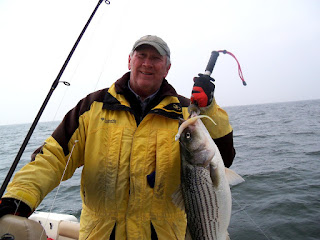 As has been noted by many recreational fisherman quite ruefully, striped bass from any of these jurisdictions can be caught commercially, and shipped around the country for sale in restaurants and grocery stores without any kind of advisory being passed along. I suppose the rationale is that few people would go out to a restaurant and order Striped Bass more than about once a month.  Only recreational fisherman are likely to have enough on hand to eat on a regular basis. But PCB from many kinds of fish accumulate just the same. Tuna, salmon, you name it, they all have some level of PCB, because the contamination is truly global.


In the District’s portion of the Potomac and Anacostia rivers, PCB “hotspots” are widespread, officials say, leading to high levels being detected in rockfish caught there. That’s why the District’s Department of Energy and Environment recently urged anglers not to eat locally caught rockfish when it updated its fish consumption advisory.

Other states in the region have PCB hotspots in their waters, too. But Maryland differs from its neighbors in how it tests for contamination in its rockfish.

Virginia and the District test rockfish for contaminants with the skin on. So does Delaware, which advises that solo anglers eat no more than two servings a month of any rockfish caught in Delaware Bay. Only Maryland removes the skin before testing.

PCBs concentrate in the skin and fatty tissue. The Environmental Protection Agency recommends that in testing for contaminants, states analyze the fish with its skin on. But the EPA does say it’s OK to remove the skin before testing if that fish is traditionally eaten there with the skin off.

Jay Apperson, spokesman for the Maryland Department of the Environment, defended the state’s testing protocol, saying that rockfish is typically prepared and eaten with the skin off. 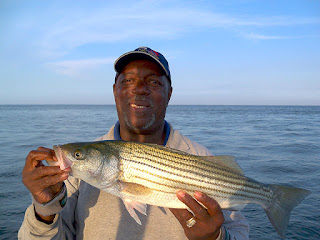 I think that's generally true of us white folk, but among minority, and particularly Asian ethnic groups, a more "total" kind of preparation is common. Trevor hasn't yet shared his fish head curry, but I know he makes one.


The MDE's advice that adults can eat three 8-ounce portions of striped bass monthly was based on consuming fish caught in the Bay or its tributaries that are less than 28 inches in length. With larger fish, which tend to be older and more prone to accumulating contaminants, the recommended intake drops to one 8-ounce meal a month. The recommendations are the same for women of child-bearing age, but the state suggests that children 6 years old or younger should be fed no more than two 3-ounce portions monthly of smaller rockfish, and just one portion every other month if taken from a larger fish.

(An earlier version of this post had incorrectly advised eating fish 15 inches or less. But the minimum size for legally keeping any striped bass caught in Maryland is 20 inches under state fishing regulations. Bay Journal regrets the error.) 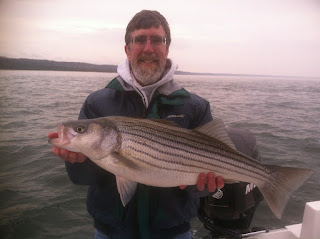 
All three jurisdictions advise against eating the skin and fatty tissues, where the chemical concentrates. They also recommend grilling or broiling rockfish so the fat drips off. Asked about the states’ different testing methods, the executive director of the Maryland Saltwater Sportfishing Association, Dave Smith, backed Maryland’s approach.
“Nobody cooks or eats fish with the skin on,” he said.

However, on the web, it’s easy to find recipes for rockfish that call for cooking it with the skin on. And from online comments, some consumers consider the crispy skin of grilled rockfish a delicacy.

But to be on the safe side, Smith advised, “Fillet your rockfish and remove the skin, as well as the blood line within the fillet.”

That's how I prepare it. But I'd really rather just catch 'em and throw 'em back. Eating one once a month or so is just fine with me.
Posted by Fritz at 7:26 PM