Biology is obviously above your pay grade: ‘Do You Even Science, Bro?’ Neil DeGrasse Tyson Tries To Crap On Batman, Beclowns HIMSELF Instead


If Batman wants so badly to be a bat, he might be more intriguing if (like Marvel’s Daredevil) he were also blind, like a Bat
— Neil deGrasse Tyson (@neiltyson) March 25, 2016 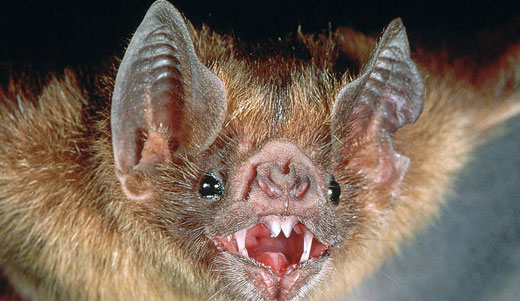 See those eyes? They're there because they function. In many species of bats, they work quite well.

Neil DeGrasse Tyson wears his Ph.D. like a wizards robe, and thinks he's infallible, but like all scientists, he has a narrow range of knowledge, and outside that he's got feet of clay and a mind full of mush, just like everyone else.
Posted by Fritz at 8:30 AM