Nothing to See at Clinton.com, Just 147 FBI agents

Nothing to see here she keeps telling us, just 147 FBI agents investigating the super secret hyper secure, bargain basement Clinton email server. The day of reckoning is coming closer: Hillary Clinton to be interviewed by the FBI over emails.


This could play out one of three ways because the FBI could decide to pursue charges against Clinton, ignore Clinton and focus on an aide or two, or just decide to exonerate everyone. LA Times seems to think Clinton is going to skate based on comments from American University law professor Stephen Vladeck who thinks the law doesn’t match up with the facts of the case. But Judge Andrew Napolitano doesn’t think so, telling Fox News back in January he expected the FBI to ask for an indictment.

Sexist pig! Grassley hits back at Clinton: 'The FBI's going to question her'


“With all the troubles she’s getting on email, and the FBI’s going to question her, I would imagine she’d want to change the tone of her campaign,” Grassley (R-Iowa) told POLITICO in an interview here. He was apparently referring to a Los Angeles Times story Monday that indicated an FBI investigation of the private email server she used as secretary of state is entering a final phase that will include interviews with her advisers.

Also old news, but a better version of the story than you get from most journolists: NSA refused Clinton a secure BlackBerry like Obama, so she used her own. As the proto-president, she felt entitled to the same amount of effort as was spent on Obama.

But MSNBC Guest Argues It’s a ‘Higher Bar’ to Prosecute Clinton Because She’s Running for President. It shouldn't be, but the reality is that it is. As we were pretty pissed when the Democrats in Austin indicted Gov. Perry on obviously frivolous charges, democrats would be rightfully angered if Republicans in rural Bumfu#k GA indicted Hillary on some stupid pretend violation. But that's not the case, this a serious matter of national security, and finding out whether she hold the security of the United States above her personal secrecy and convenience.

But it's happened before: Judicial Watch: Obama Administration Withholds Draft Whitewater Indictment of Hillary Clinton. The bar has always been set pretty high for those prosecuting the Clintons. Just a reminder for those with short, or selective memories.

The draft indictments relate to allegations that Clinton provided false information and withheld evidence from federal investigators to conceal her involvement with the defunct Madison Guaranty Savings & Loan, the collapse of which lead to multiple criminal convictions.  Clinton provided legal representation to Madison Guaranty as an attorney at the Rose Law Firm in Little Rock, Arkansas.  Clinton’s Rose Law Firm billing records, long sought by prosecutors, were found in the private quarters of the White House shortly after an important statute of limitations had expired. 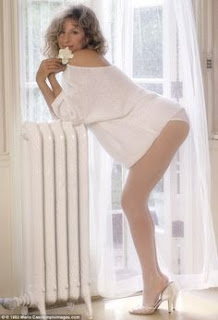 He should be more deferential if he wants to speak with her Majesty: Clinton aide: Sanders needs to change 'tone' if he wants NY debate. I can't imagine a debate between her and the Donald, but it would be huge. For his part, Donald says Hillary Only ‘Being Nice to Obama’ Because She ‘Wants to Get Protected’ from Looming Indictment. It's more like they're co-conspirators in a crime wave. Obama endorses the Clinton Protecting Wasserman Schultz in primary.


Wasserman Schultz has irked some liberals, who argue that as chairwoman of the Democatic National Committee she has tipped the scales in favor of Hillary Clinton and against Sen. Bernie Sanders (I-Vt.) in the Democratic primary fight. 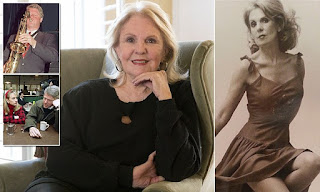 
“When he did coke,” Miller says, “he brought a little — like a woman’s cosmetic case, that’s the only thing I can describe.

“And he put it down here, pushed everything aside. And he rolled it out and there was this little mat and he sprinkled this white powder.

“I was sitting across the way and I was just fascinated because it had a little straw and he leaned over and — ” Miller says, bending over the table and pretending to injest, “you know, in each nostril.”

“He took a few big snorts and he felt better, I guess, because he had a big smile on his face.

“I asked him if he did coke because it was almost like a stimulant. He said it just made him feel better, gave him more power, made him feel courageous.

Wombat-socho has "Rule 5 Sunday: Time Begins on Opening Day" and  ready for sampling at The Other McCain.
Posted by Fritz at 11:22 AM