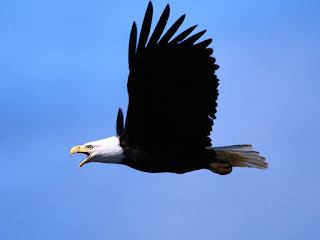 There’s a growing concern among conservationists in the D.C. region as more and more bald eagles are experiencing lead poisoning. They say it is due, in part, to the resurgence of the species.

It’s not deliberately done by sport hunters, says Edward Clark of the Wildlife Center of Virginia, but bald eagles scavenging for food are ingesting lead bullets.

“In 2014, we admitted 42 bald eagles. Eighty percent of those birds had measurable amount of lead in their blood stream,” Clark says. 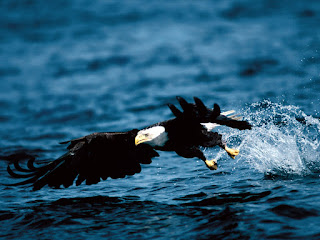 Everything is measurable, if you try hard enough. Back in the day, I could have measured lead at any level found in birds blood. Give a number!

Even a shard the size of a grain of rice can cause the bird’s organs to shut down, he says. Typically, eagles in the mid-Atlantic range in size but grow no larger than 15 pounds.

“When the birds ingest the lead, it has a very damaging effect on their nervous system. So it causes them to lose sight. It causes their reflexes to go off normal perimeters and dramatically effects internal organs and causes them to shut down,” Clark says.

While the birds are naturally fish eaters and live along waterways, such as the Chesapeake Bay, both an increase in population and more human development is forcing the birds to find alternative habitats.

“So these birds are moving away from the rivers, moving inland … to a habitat that’s not quite prime, and as a result, they have to change their food source,” Clark says.

Lead shot has been banned for waterfowl hunting because of the problem of waterfowl ingesting pellets from the bottom, and becoming sick. Needless to say, however, tons of lead used previously is still in the sediments, waiting to be covered up in the fullness of geologic time. However, it is still used in upland bird shot, ball ammunition, and fishing tackle. I have personally lost several hundred pounds of lead in the Chesapeake, the vast majority of it in 1-2 oz lumps attached to hooks that bird would have to be stupid to eat.

Also an update on the death of 13 Bald Eagles in Maryland. While authorities aren't saying what killed the eagles, they are clearly pointing the finger at it being a deliberate act:


Lab results showed that the eagles did not die of natural causes, including diseases such as avian influenza, said U.S. Fish and Wildlife Service spokeswoman Catherine Hibbard. The agency declined to say whether the birds were poisoned.

"Our investigation is now focused on human causes and bringing to justice the person(s) responsible for the death of these eagles," Hibbard said in a statement.