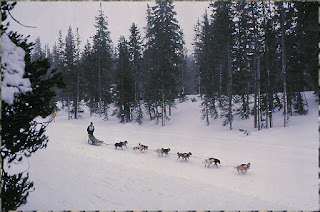 
A man on a snowmobile purposely drove into two dog teams competing in the Iditarod Trail Sled Dog Race early Saturday morning, killing one dog and injuring at least three others, officials said.

Mushers Aliy Zirkle (AL-ee ZUR-cul) and Jeff King were attacked outside the village of Nulato (noo-LAH-toh), a community of 236 on the Yukon River a little more than halfway into the 1,000-mile (1,600-kilometer) race to Nome.

A suspect has been identified by a village police officer. 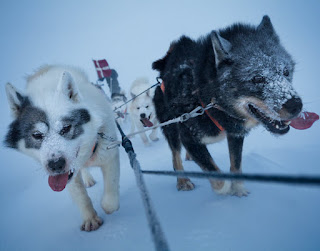 I'm going to guess it's some kind of disgruntled contestant.  What kind of moral midget attacks the dogs?


Race marshal Mark Nordman said Saturday that Zirkle, 46, who finished second three times from 2012-2014, was mushing from Kokukuk (KOY'-yoo-kuk) to Nulato, a run of less than 20 miles (32.19 kilometers) on the Yukon River, when she was hit.

The snowmobile hit the side of Zirkle's sled at 5 miles (8.05 kilometers)out of Koyukuk, turned around multiple times and came back at her before driving off, Alaska State Troopers spokeswoman Megan Peters said by email.

The snowmobile reappeared 12 miles (19.31 kilometers) out of Nulato. He revved up and was pointed at Zirkle before leaving, Peters said.

One dog on her team was bruised. Officials described the injury as non-life-threatening.
King, a four-time Iditarod champion, was behind Zirkle and fared worse. 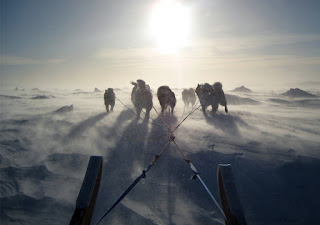 Not content with attacking one team, the perp hung around and attacked a second.


When King reached the vicinity, he was struck from behind by the snowmobile and at least three of his dogs were hit.

Skye is outraged.
Posted by Fritz at 2:46 PM