Spanish Neandertals and Other Stuff

A few interesting developments in human evolution. First, from Dienekes' Blog, news that some very old bones found in Spain were found to be early Neandertals: Sima de los Huesos hominins were Proto-Neandertals. There had been some thought they might actually be Denisovans. 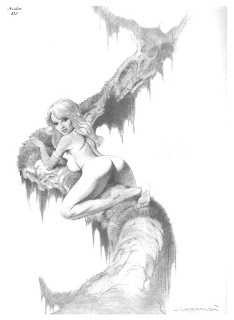 Thus, we had early Neandertals running around in Europe long ago (400,000 years is four major glaciations ago), with Denisovan genes, suggesting a migrations away from wherever it was that Denisovans were common. The only Denisovan fossils found so far were found in Siberia, but the remnants of their genome is most common in southeast Asia and Australia. Early men (and women) got around some. Of course, you don't have to walk fast to get somewhere over 400,000 years. And until proven otherwise, I will continue to hypothesize that Denisovan women were hot. More studies suggest that early humans slept around: Homo sapiens' sex with extinct species was no one-night stand


Scientists said on Friday an analysis of genetic information on about 1,500 people from locations around the world indicated at least four interbreeding episodes tens of thousands of years ago, three with our close cousins the Neanderthals and one with the mysterious extinct human species known as Denisovans.

The researchers found some of the genes inherited from these extinct species were beneficial for our species. 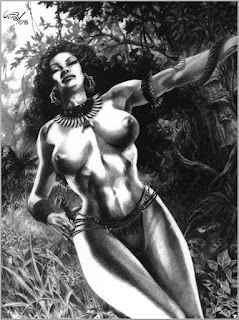 Beneficial genes would be more likely to be retained over the 400,000+ years since the mixing events, at least for Denisovans, Humans and Neandertals may have mixed as recently as 40,000 years ago, near the end of Neandertals extant.


The researchers analyzed DNA sequences from 35 people living on Northern Island Melanesia off the coast of New Guinea. These Melanesians were found to have about 2 percent Neanderthal ancestry plus an additional genetic contribution of roughly 2 to 4 percent from Denisovans. 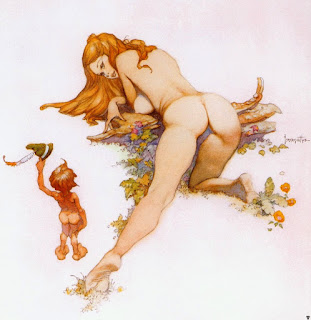 And for you with Irish blood: Man’s discovery of bones under his pub could forever change what we know about the Irish


Ten years ago, an Irish pub owner was clearing land for a driveway when his digging exposed an unusually large flat stone. The stone, in turn, obscured a dark gap underneath. He grabbed a flashlight to peer in.

“I shot the torch in and saw the gentleman, well, his skull and bones,” Bertie Currie, the pub owner, said this week.

. . . what Currie had stumbled over was an ancient burial that, after a recent DNA analysis, challenges the traditional centuries-old account of Irish origins.

From as far back as the 16th century, historians taught that the Irish are the descendants of the Celts, an Iron Age people who originated in the middle of Europe and invaded Ireland somewhere between 1000 B.C. and 500 B.C.
. . .
DNA research indicates that the three skeletons found behind McCuaig's are the ancestors of the modern Irish and they predate the Celts and their purported arrival by 1,000 years or more. The genetic roots of today's Irish, in other words, existed in Ireland before the Celts arrived.
. . .
Radiocarbon dating shows that the bones discovered at McCuaig's go back to about 2000 B.C. That makes them hundreds of years older than the oldest artifacts generally considered to be Celtic — relics unearthed from Celt homelands of continental Europe, most notably around Switzerland, Austria and Germany.

OK, historians and scientists were wrong. It happens, get used to it, get over it, and rewrite the books.

Wombat-socho offers "Rule 5 Tuesday: All Easter Sweets 75% Off" this week.
Posted by Fritz at 6:00 AM