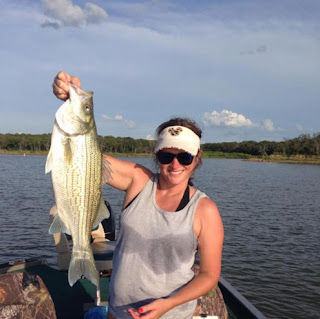 
On Tuesday the Atlantic States Marine Fisheries Commission (ASMFC) unanimously approved a number of options to reduce striped bass fishing mortality along the Atlantic coast and in Chesapeake Bay. The proposal, an addendum to the existing striper management plan, is necessary due to an alarming decline in the population of this iconic sport fish, as previously reported by Bay Bulletin’s Wild Chesapeake column.

Fisheries biologists have determined that rockfish are being over-fished, which triggers action to make coast-wide changes prior to the 2020 fishing season. 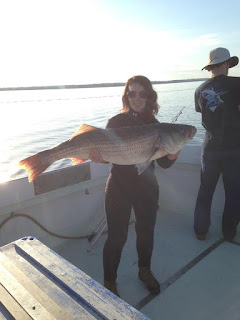 During the nearly four-hour meeting, opinions and suggestions varied among commissioners as to how to achieve the necessary reductions. But all of the commissioners agreed that action needs to be swift to slow the decline and begin to rebuild the stock.

Last week, Virginia’s fishery board closed their recreational trophy season, an indication of just how urgent the situation has become. Other coastal states followed with preemptive steps to reduce the pressure on stripers. At Tuesday’s meeting, a member of the Virginia delegation mentioned the possibility that Virginia may consider issuing mandatory tags that anglers would need to keep just one trophy rockfish, 36 inches or longer, for the season. 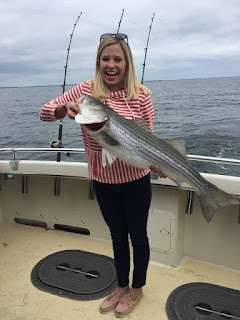 Mike Luisi, a Maryland Department of Natural Resources Fisheries Service division director and Maryland delegation member lobbied to add language that would “apply needed reductions to the recreational sector only.” Some commissioners said this idea caused them “heartburn,” and ultimately, they voted down that potential addition to the motion.

Members also debated the words “equally,” “equitably,” and “proportionally” to try and come to consensus on precise language regarding reductions to both commercial and recreational sectors. Final options under consideration in the addendum are: 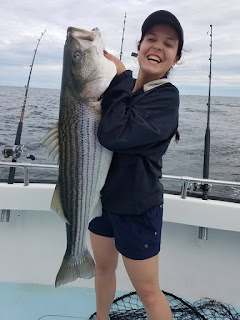 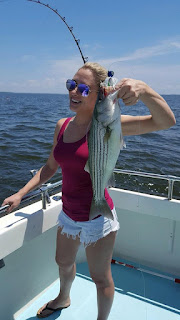 The next step is to formally release the proposal to the public so stakeholders will have opportunities to weigh in on the options before the ASMFC meets again in August. At that meeting, the ASMFC would likely incorporate public feedback and fine-tune the plan to make a final decision at its October meeting.

Some of these "recommendations" are already in effect in places; Maryland mandates circle hooks for example.

And now the fight over how to implement the recommendations are implemented begins.

The Wombat has Rule 5 Monday: The Next Queen Of Westeros? up and running at The Other McCain.
Posted by Fritz at 6:53 PM