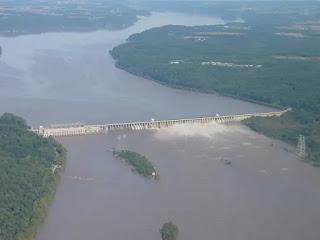 MDDNR: Chesapeake Bay and Environmental Progress at the Conowingo Dam

Maryland has received the first payments, totaling more than $5.7 million, under an agreement that requires the owner of the Conowingo Dam to invest in environmental projects and operational enhancements to improve water quality in the Lower Susquehanna River and the Chesapeake Bay.

Conowingo Dam owner Exelon Generation Company LLC made payments to the Maryland Department of the Environment (MDE) and the Maryland Department of Natural Resources (DNR) to allow for the start of a series of projects that will play a key role in Maryland’s holistic strategy to improve water quality and accelerate the restoration of the Chesapeake Bay. The agreement requires a total of more than $200 million in investments by Exelon, including nearly $107 million in payments to Maryland, over the 50-year term of its recently renewed federal license. 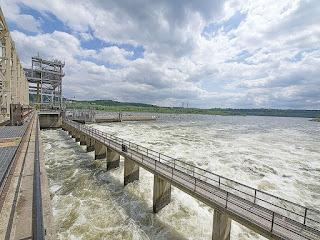 Last week, Exelon paid:
Future investments will also include $41 million to significantly increase efforts to remove trash and debris flowing down the Susquehanna River, among other ecological and environmental improvements.

The investments are being made under an October 2019 agreement that settled Exelon’s legal challenges to the water quality certification issued in 2018 by Maryland under Section 401 of the Clean Water Act. The agreement removed the prospect of years of costly litigation and delay and, instead, set the stage for immediate and lasting water quality benefits for the Susquehanna River and Chesapeake Bay.

It's interesting to me how much of this is unrelated to any possible harm the dam is actually doing. 2 Million for mussels in the river above the dam, cover crops and buffers. I can see the eels and eel passage research; Conowingo damn directly impacts eel migration. I can see the flow gauge. 41 million to intercept trash and debris that washes down the river? What would happen to it if the dam were not there? A straight shot down the Bay.

Conowingo Damn has been a net positive to the Bay, intercepting and sequestering huge volumes of sediment and the associated toxics and nutrients. Just because it has effectively stopped doing that because the reservoir pool is nearly full of mud doesn't mean it didn't serve that function for decades.

It annoys me that a company is being penalized for buying an asset that has served such a useful purpose.