A seemingly bottomless lawsuit that toplessness advocate Chelsea Eline filed against the Town of Ocean City continued this week with oral arguments before the U.S. Court of Appeals for the Fourth Circuit in Richmond, Virginia.

Eline and co-plaintiffs Megan Bryant, Rose MacGregor, Christine Coleman and Angela Urban have argued in court since January 2018 that women have the same rights as men when it comes to baring their chests on the beach.

The U.S. District Court ruled in April 2020 that an emergency ordinance resort officials passed in response to Eline’s desire to go topless is not unconstitutional and does not violate the equal protection clause. In response, Eline and her camp doubled down and filed an appeal in the U.S. Court of Appeals. Wednesday’s hearing in front of a three-judge panel was their chance to argue their position.

Essentially, the lawsuit maintains that if men can go topless on the beach, women should be allowed to as well.

I've posted about Chelsea's jihad in the past, back in 2018: Ocean City Topless Fight Goes to the Feds, and in 2020, Federal Judge Keeps Ocean City Nipple Imprisoned  and exhausted the public photos of Chelsea, but this might be new (NSFW): 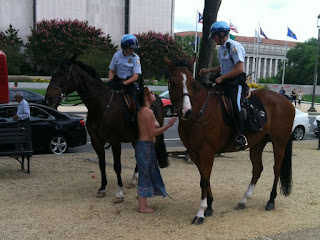 
Herbenick provided four reasons as to why Ocean City’s ordinance should be removed:

Second, Herbenick states that Ocean City’s ordinance overstates the sexualization differences between male and female breasts and chests. Herbenick claims that the primary difference between the two is that female breasts can produce milk for babies, but mentions that women spend only a short part of their lives breastfeeding.

Herbenick’s third point is that seeing women bare-chested in public is not “unpalatable” in modern America. She cited to peer-reviewed scientific research to argue that public sensibilities on this issue have changed in recent decades.

Herbenick’s fourth point is that not treating men and women equally in allowing both to appear bare chested in public may contribute to harmful secondary effects, such as the over-sexualization of girls and women.

Herbenick wrote, “In terms of what may be considered ‘unpalatable,’ it is my professional opinion that the public would generally find it unpalatable to ask police (who tend to be mostly male) to focus their attention on females’ breasts/chests in an effort to evenly enforce an ordinance that prohibits barechestedness.” 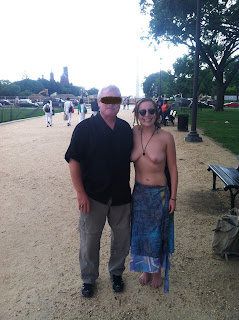 It seems to me that the federal court has a lot of work in front of it if it wants to uphold the lower court’s ruling. As I mentioned at the time, Judge Bredar really went through some verbal gymnastics in his original ruling in an effort to make this ordinance appear constitutional. At the time, he wrote, “Whether or not society should differentiate between male and female breasts is a separate inquiry from whether it is constitutional to do so.”

In addition to that, the judge said, “physical differences between men and women provide a constitutionally sound basis for laws that treat men and women differently.” That was certainly true in the past, including how military recruitment and combat assignments were handled, but there are clearly limits as to just how differently you can treat men and women under the law. And even those limits have been tested, if not broken with relatively recent policy changes allowing women to serve in combat roles.

I just want to know how the Supreme Court will rule for the remaining 55 genders.