Election 2020: Do Not Fold, Spindle or Mutilate

Yet the crumbling sound you hear in the distance is the sound of the Capitol armed insurrection narrative falling to pieces. It was supposed to be the gravest threat to ‘our democracy’ in the long history of the Republic. But the more we know, the less we see. It had long been rumored that the Capitol police actually opened the doors to protestors and welcomed them in. I had heard from one reputable source that it was because January 6 happened to be a day in which the Capitol was open for visitors. That might explain why so many of the ‘insurrectionists’ stayed between the velvet ropes as they walked through The National Statuary Hall. Did they really know what was going on?

I have also seen the recently released footage showing Capitol police welcoming in the protestors.

I saw that footage thanks to the independent reporting of Julie Kelly at American Greatness. She has been tenacious and uncompromising. Anyone who has followed this depressing story is much in her debt. One of her leitmotifs has been the cruel and vindictive treatment of protestors by the Biden Department of Justice, abetted by the Capitol police. Hundreds of people have been arrested. Some have been languishing for months in solitary confinement without being formally charged. This, as Kelly points out, is police-state behavior on the part of the Biden DOJ. The FBI and the CIA have been operating more like the Soviet NKVD than the storied agencies of yore.

And it could lead to this: Partisan January 6 Commission Vote May Doom the Filibuster. “Republicans are digging in their heels in the Senate and will not budge on creating such a commission. It may cost them dearly. The only way Senate Republicans can stop the commission from being created is by refusing to even take the measure up in the first place. And that will give Democratic radicals ammunition to convince the few remaining holdouts to vote to eliminate the filibuster.”

Andy McCarthy at NR, cited at Hot Hair, We don't need a commission to investigate the Capitol riot

Don’t be fooled, though: Democrats fully intend to conduct a partisan exercise under the commission camouflage. They’d prefer to package the effort as a bipartisan cavalcade of subject-matter experts dispassionately seeking the truth . . . while, behind the scenes, they ensure the Democrat-appointed chair of the commission gets to hire and fire the staff that would do the actual work. Second, Democrats see a commission as an opportunity to exploit Republican fissures. When it comes to their “insurrection” mantra, and the closely related trope that white supremacism, supposedly instantiated by the January 6 mayhem, is the most perilous “violent extremist” threat facing the United States, Democrats are completely unified. Republicans, by contrast, are divided into competing camps of Trump loyalists, Trump opponents, and those who see Trump as a headache whose influence will dissipate over time if people just stop talking about him — which, naturally, Democrats have no intention of doing.

And from Jazz Shaw at Hot Hair, this little bit of interesting,  Govt seizes money from sale of Jan. 6 riot footage. He's not sure he approves. Neither am I.

John Earle Sullivan is alleged to be one of the more than 400 people who stormed the Capitol Building on January 6 and has since been arrested. We’re still technically still supposed to say “alleged” but, like many of the attackers, Sullivan filmed himself and others engaged in the riot. But unlike many of the other participants who simply posted their photos and videos to social media for the world to share, Sullivan’s camera was rolling outside of the House Chambers at the moment that Ashli Babbitt was shot by a Capitol Hill Police officer. Rather than giving that footage away for free, he sold the rights to it to several media outlets for roughly $90,000. But now the federal government has seized that money. Wait… can they do that? (Reuters)

Twitchy,  Sen. Tammy Duckworth: Sen. Ted Cruz suggested the Russian military is better than the American military that protected him from an insurrection. What insurrection? The military wasn't there on Jan. 6, largely because of Nancy Pelosi.

And, we seem to have an answer as to what went wrong with the voting machines in Windham NH; it appears folds in mail in ballots that happened to occur where a Republican was were wrongfully recorded. From Sundance at CTH, Windham New Hampshire Ballot Audit Finds Folded Ballots Generated False Results

Yesterday it was reported the second hand recount matched the first, which means the machine tabulation of those ballots was wrong. The auditors wondered if folded ballots generated the problem. The test of folded -vs- unfolded ballots (counted by same machine) showed a high number of errors. That would mean the tabulation machines across all of New Hampshire may have this problem.

So it was not enemy action, unless (and I doubt it) election officials knew of the problem ahead of time, and managed to place Republicans near where the ballots are likely to be folded. At the same time, this calls into question countless ballots across the country, which are folded for mailing, and counted with similar machines. Let's just throw out all of 2020 and start over!

WSJ, cited at Hot Hair has The facts on Florida's election law

Florida’s new law says voters requesting a mail ballot must provide a state ID number or the last four digits of a Social Security number. This is hardly some insurmountable barrier. Floridians also get a week, minimum, of early voting. In-person polling places accept a variety of identification, including passports, as well as photo IDs from schools, retirement centers, government employers and public-assistance programs. In the past, Floridians could ask to receive mail ballots for all elections over the next four years. In the future, a new request must be made each election cycle, or every two years. A CNN write-up calls this “double the work required to apply for mail-in ballots,” which evinces a hilariously low opinion of voters.

Rich Lowry at NR,  The GOP Future Is Bright and 'Bonchie' at Red State contemplates  The Devastating Effects of Liz Cheney's Ouster on the GOP Continue

The mayoral race in Anchorage, AK, is over, and Republicans have flipped the office from blue to red. Yes, even in Alaska, the major urban center leans Democrat. Remember, we were assured that there would be down-ballot consequences for the GOP “embracing Trump” and ousting Cheney. When do those consequences show up?

Because they didn’t show up last week in Pennsylvania either, where Republicans well overperformed in a very high-turnout, off-year election with over 2 million ballots cast (see Pennsylvanians Strike a Blow to Tyranny and Republicans Get Some Really Good News).

Weird, right? You’d think Cheney being sidelined would have enraged all those Republican voters I was told cared so much about intra-party fighting and January 6th. I guess the talking heads whiffed again. Who could have possibly seen that coming? 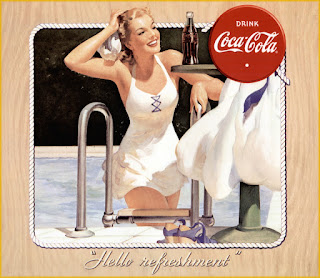 
A new poll by Rasmussen Reports finds that by a 3–1 margin, respondents oppose major businesses taking a highly visible role in influencing politics. That may explain why Rasmussen found that 37 percent of Americans are less likely to buy Coca-Cola products in the wake of all these headlines.

Last month, Senator Rand Paul and former president Donald Trump called for a boycott of Coca-Cola products over its role in fighting a new Georgia election-integrity bill. Legal groups denounced Bradley Gayton, Coca-Cola’s general counsel and an architect of its “woke” strategy, for ordering at least 30 percent of the company’s outside legal billings go to “diverse attorneys, and of such amounts at least half will be from Black attorneys.” 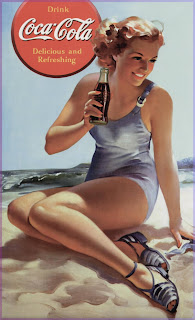 The headaches proved to be too much. As Dan McLaughlin reported on NRO last month, Coca-Cola was conspicuously absent from a list of companies that had met to discuss sanctions against Georgia. “It’s time to find common ground,” the company said in a statement. “In the end, we all want the same thing — free and fair elections.” Within days, it was announced that Gayton was leaving his post to become a “strategic consultant.” His replacement said the firm was “taking a pause” on controversial diversity initiatives.

Is the boycott the pause that refreshes?