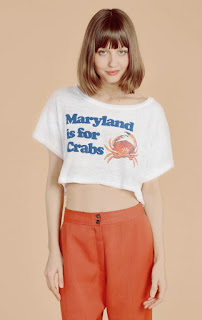 Back on May 10, I scoffed at a claim that "The Bay’s blue crab fishery, for example, has been put on more sustainable footing, as promised", commenting that they had just benefited from a few years of good luck. An article in the Bay Journal today justifies my skepticism, Survey yields mixed verdict on blue crab stock "Juveniles hit record low, but spawning-age females remain abundant"

The number of blue crabs in the Chesapeake Bay this winter plummeted to the fourth-lowest on record, driven largely by the worst-ever showing of juvenile crabs since an annual Baywide survey began in 1990.

Though the juvenile drop is concerning, fishery managers say the number of adult females remains robust. They hope the females will produce a better crop of juveniles when they breed later this year.

This year’s winter dredge survey, which provides an annual snapshot of the health of the blue crab stock, estimated that the Chesapeake had 282 million crabs, the lowest number since 2007. That figure includes just 81 million juveniles, the lowest in the survey’s history.

It then goes on the say just what I would say; crab recruitment is highly variable, and probably mostly weather dependent. It's moderately likely that  next year will not be as bad, but if the low recruitment this year affects the year after that, I don't see how the Bay managers can claim to have fixed anything.