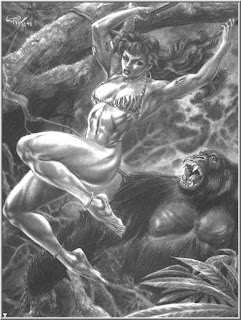 Jerusalem Post. New research into a fossil from 3.67 million years ago has indicated that early humans were still swinging from trees alongside apes, long after they had already developed the ability to walk.


Although science has made progress in understanding human evolution in recent years, there are many sections of our evolutionary tree that remain unknown. The further back it goes, the harder it is to find fossilized evidence.

One aspect that remains largely unknown is the point at which humans evolved to be bipedal while chimpanzees remained quadrupedal. The new analysis of Little Foot’s upper body sheds light on this question. It shows that the way in which early human ancestors used their arms was much more similar to other ape species than to modern humans.

Although other areas of Little Foot’s body show that the species had already developed the tendency to walk upright, the arms, and in particular the shoulders, were clearly apelike. 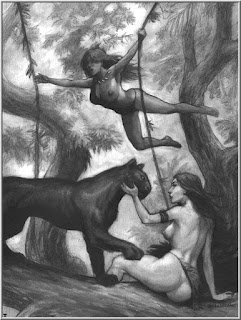 Sounds like a girl I went to high school with.

According to Kristian J. Carlson, lead author of the study and associate professor of clinical integrative anatomical sciences at USC, this discovery is the best known evidence of how early humans used their arms more than three million years ago.

The fossil is unique in that it was discovered nearly intact. Scientists estimate that the body of Little Foot, a four-foot-tall female from the region of South Africa, fell into a pit and was preserved and fossilized by the climate. She then remained there untouched for an estimated 3.67 million years until her discovery in 1994.

The intact skeleton has offered more clues into human evolution than many of its counterparts due to its condition when it was found. Scientists focused on the shoulders throughout the study, as they are the most complete and comprehensive specimen that has been discovered to date. 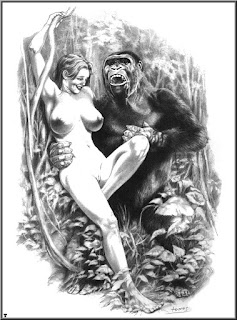 The species, classified as Australopithecus, had shoulder blades that were suited to be attached to thick, heavy muscles, more similar to the ones found in gorillas and chimpanzees than in humans. The shoulder blades were sturdy and reinforced, seemingly to support the weight of the body as it moved from tree to tree.

In addition to this, the collarbone had a distinctive S-shaped curve, which is commonly found in apes, and the shoulder joint sat at an angle suitable for stabilizing the body when an ape is hanging from tree branches.

However, the angle of the spine in relation to the skull shows that although the species was still suited for living in the trees, they did predominantly walk in an upright position.

The Wombat has Rule 5 Sunday: Not From The Black Widow Movieready for your digital delight at The Other McCain.
Posted by Fritz at 4:29 PM