“Now is the time for communities along the coastline as well as inland to get prepared for the dangers that hurricanes can bring,” said Secretary of Commerce Gina Raimondo. “The experts at NOAA are poised to deliver life-saving early warnings and forecasts to communities, which will also help minimize the economic impacts of storms.”

I wouldn't call that the strongest warning possible. The nice thing is, regardless of what happens, they'll always be right. Have a big storm year? "Yeah, we told you so!". Have a weak year? "Well, we told you we had a 20% chance of a dud!"  And if it doesn't look like it's working out, they'll revise it at mid season 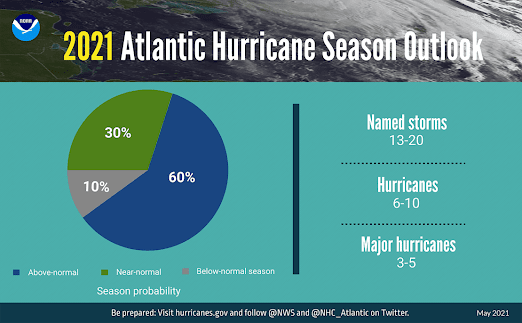 At least it doesn't look like they chose this moment to blame global warming for more and more intense hurricanes. Because that myth is thoroughly busted: CO2 Cyclone Doomsday Flat Out Refuted: 170 Years “Absolutely No Trend” In Hurricane Intensity/Frequency 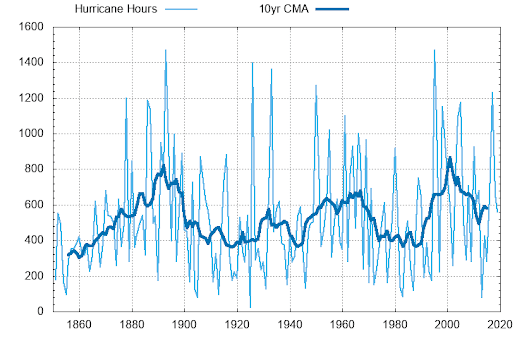 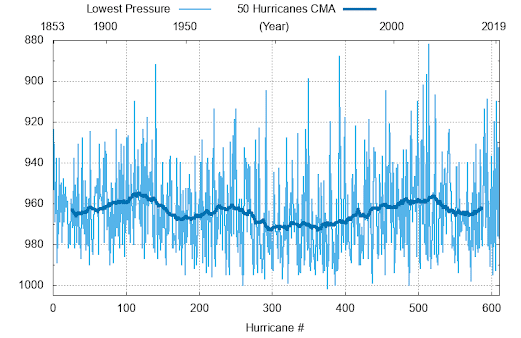 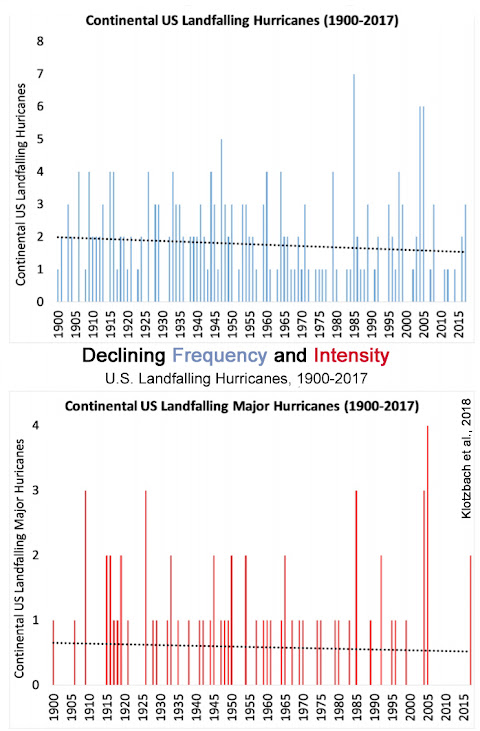