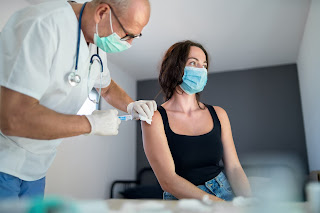 With vaccine demand dropping, Maryland Gov. Larry Hogan is launching a $2 million lottery that will hand out dozens of $40,000 cash prizes to state residents who have received coronavirus vaccinations — along with a grand prize of $400,000.

All state residents 18 and older who received coronavirus vaccinations in Maryland will be eligible — regardless of when the shots were administered. No registration or entry is necessary.

The VaxCash lottery is the latest effort by Maryland to boost vaccination as the state tries to return to pre-pandemic normalcy. It is one of the largest cash incentives a state government has offered. This month, Ohio Gov. Mike DeWine (R) announced that he would offer five $1 million prizes to vaccinated state residents, along with four-year college scholarships for five vaccinated Ohioans younger than 18.

“Those of you who are still on the fence, there is no better time than now,” Hogan said outside the governor’s mansion in Annapolis, standing next to state lottery and health officials and a man in a Maryland lottery ball costume.

Each vaccinated Maryland resident will be randomly assigned a number in a system that will be maintained by the state Health Department, officials said. The state lottery agency will select a number each day during the promotion.

Winners will be contacted and have to provide written consent to accept the prize. They can remain anonymous but will be encouraged to share their stories.

State Lottery and Gaming Control Director Gordon Medenica called the effort “one of the most creative lottery promotions” his agency has ever done. He said officials are scrambling “on relatively short notice” to pull it together. 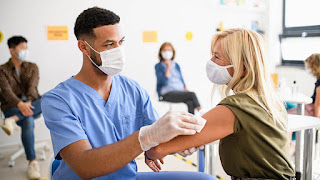 I'm already figuring out where to spend my money! $400 k buys a lot of boat!

Eh, there are worse uses for our money, and they'll probably find 'em. And it's working in Ohio. AllahPundit at Hot Hair, Oh yes: Adult vaccinations up 28% in Ohio since vaccine lottery was announced

Even those who can’t calculate probability deserve to live long, fulfilling, COVID-free lives.

It’s paying off, according to the Ohio Department of Health:

Since its announcement May 13, the Vax-a-Million campaign has helped drive an increase in vaccination rates among Ohioans 16 and older by more than 28 percent.

According to Ohio Department of Health data, vaccinations in those ages 16 and older:

Increased by 28% for the same age group from May 14 to May 17, the weekend following the announcement of the Vax-a-Million drawings.

A 53-point turnaround in a week.

An incentive like this is just enough to turn somebody who isn't really fearful of vaccine, but just doesn't have enough  fear of the disease to overcome the hassle of finding and getting the vaccine. Sure it seems like bribery, because it is. But it works. We spent billions to develop produce enough vaccines for all Americans; what's a few more bucks to promote it. At least this money won't go into the hands of some greasy nonprofit.