Annals of the Biden Family: Hunter in a Honey Trap

I should have done this one a few days ago; the digital fridge I keep these in is getting full, and a touch moldy.

Remember when the media spent three years chasing the “Russian collusion” narrative and then Democrats impeached President Trump because of what he said in a phone call with the president of Ukraine? If they were really serious about foreign interference in American politics, the media would be leading every broadcast with this story:


Hunter Biden’s emails reveal his close relationship with the Chinese-American secretary who worked for him when he went into business with the man he called the ‘spy chief of China.’
The mysterious young assistant wrote the president’s son flirty messages, sent him opposition research for Joe’s White House run and encouraged him to draw funds from the company’s accounts when the joint venture collapsed and even ended up with Hunter’s military dog tags.
In 2017 Hunter went into business with Patrick Ho, secretary general of Chinese oil giant CEFC. 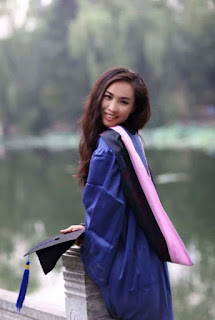 Hunter described Ho in a call recording on his abandoned laptop as the ‘spy chief of China’, and the Chinese businessman was later surveilled by US law enforcement as a foreign intelligence threat before he was convicted of bribery in 2018.
After launching his multi-million-dollar joint venture with CEFC, Hunter was assigned a 29-year-old Chinese-American assistant, JiaQi Bao, who quickly struck up a close and intriguing relationship with her Biden boss.
At first, emails show the New York-based Bao diligently scheduled flights, hotels and even doctor’s appointments for the president’s son.
But mysteriously, the young assistant also sent him opposition research to help Joe Biden’s 2020 election bid, urged him to take cash from the joint venture’s accounts as the business collapsed and wrote flirty and personal messages and even ended up with Hunter’s military dog tags in her New York apartment — the same tags he can be seen wearing in home-made porn videos he recorded on his laptop.

Read the whole thing, and remember that the contents of Hunter’s laptop were first made public by Rudy Giuliani who — coincidentally, I’m sure — was recently the target of an FBI raid.

Insty, XI’S GOTTA HAVE IT! Hunter Biden May Have His Own Chinese Spy Scandal. "Does every man in the Democratic party have his own personal CCP honey trap? Beijing evidently has a whole gang of Fang Fangs to bang Democratic yanks." The Chinese have enough women spies to plant one on every  politician in America.   Katie Pavlich at Town Hall, Hunter Biden May Have His Own Chinese Spy Scandal. More China connections from Jonathon Turely, “Keep As Much Money As You Can”: Hunter Biden Disclosures Offer New Details On His Chinese Financial Dealings And Associations. Ace, Hunter Biden's Laptop Reveals a "Flirty" Relationship with Chinese-American Secretary While He Was Working With a Friend of China's Espionage Chief "The laptop that Joe Biden's DOJ refuses to take into custody keeps producing new "Russian disinformation."   Breitbart, Report: Hunter Biden’s Connected to ‘Chief Spy of China’ Through His Chinese-American Secretary.

A business partner Hunter Biden called “the chief spy of China,” assigned the president’s son a Chinese-American secretary who was feeding him opposition research to help Joe Biden’s 2020 election bid after the business venture collapsed in 2018, the Daily Mail reported Friday.

What? Election help from a foreign adversary? I know somebody who was impeached over that! Henry Rodgers at Da Caller, Republican Senator Demands Answers From WH For Hunter Biden’s Continued Stake In Chinese Firm. Yeah? Who would buy Hunter's share, which depends solely on his relationship to his dad for it's value? Natalie Winters at TNP, Biden’s Ag Chief Has Hyped A Number Of Massive Chinese Communist Projects, Including Known National Security Threats, also, National Security, Military Vets Demand CIA Director Resigns Over Chinese Communist Party Links, Lies To U.S. Senate.

As RedState reported weeks ago, there are serious issues surrounding millions of dollars in stock owned by Secretary of Energy Jennifer Granholm. That stock is in Proterra, an electric vehicle company that is being actively promoted by the Biden administration. Further, Granholm being the Secretary of Energy means she gets to make regulations that can directly enrich herself.

Now, the story has gotten worse as Granholm appears to have reneged completely on her pledge to sell her stock and leave the board of the company in question

In November, the American Federation of Teachers was touting Kelly Trautner's views on safe school reopenings. Earlier in the pandemic year, Trautner had promoted a webinar on a safe return to schools. By 2021, the AFT's Director of Healthcare, was offering her own lessons on "yoga and pranayama practices" and "meditation and mindfulness".

As a certified yoga teacher and "Registered Karuna Reiki Master" (meaning she had mastered Stage III of Holy Fire of the pseudoscience which includes "healing past life issues" and "clearing cellular memories from the DNA"), this was something Trautner was qualified to do.

Tristan Justice at Da Fed, Biden HHS Passes Anti-Science Rule Change To Redefine Sex and Tyler O'Neil at PJ Media, Biden HHS Lays the Groundwork for the Chemical Castration of Children. As long as it's only liberal's kids in blue states.
Jazz Shaw at Hot Hair, Return to normalcy? Biden waives ethics rules for union lobbyists.
Christopher Jacobs at Da Fed, Joe Biden Dodged Half A Million In Taxes, And He Wants You To Pay Your ‘Fair Share’ "How can someone who avoided more than $500,000 in taxes to fund his luxury lifestyle demand that others ‘pay their fair share’ under massive tax hikes?" I believe everyone has the right to pay the least possible amount of taxes legally, but it's not a good look for the "tax and spend" party.
Vodka Pundit at PJ Media, Insanity Wrap #203: Is Joe Biden Trying to Make Jimmy Carter Look Good? Gas is getting more expensive and prices are rising. Fox, Top PA Republican calls out Biden, 'elitist environmentalists' over at least 1,000 lost steel jobs, "State Senate Majority Leader Kim Ward calls cancelation of $1.5B steel project an 'epic disaster'" Well, you get what you vote for; if you're lucky.
Jerry Dunleavy at WaEx, Ex-intel officials silent over letter claiming Russian involvement in Hunter Biden laptop saga. But from Tristan Justice at Da Fed, DOJ Targets Journalist Investigating Biden Family Ukraine Scandals

According to the Wall Street Journal, “Costello said the warrant sought communications between Mr. Giuliani and individuals including John Solomon, a columnist who was in communication with Mr. Giuliani about his effort to push for Ukrainian investigations of President Biden before he was elected.”

Giuliani began to probe the Biden’s family’s business ventures in the same country, where then-presidential candidate Joe Biden’s son, Hunter, served in a lucrative board role of a notoriously corrupt energy company despite no prior experience in the industry.

Solomon, an investigative journalist, did not immediately respond to The Federalist’s request for comment.

The FBI has been particularly prone to politically motivated investigations in recent years following its deep-state operation to oust Trump before the Republican executive even took office. Operation Crossfire Hurricane peeled back the curtain on a primary intelligence agency run at the behest of its former Director James Comey compromised by Democrat interests. The operation promoted the conspiracy theory Trump was a covert Russian agent for years – a narrative that ultimately took deep roots among a polarized population where one-half remains convinced of its truth.

A two-year special counsel investigation, however, exonerated Trump of the charges.

The Wombat has Rule 5 Sunday: Get In The Robot, Alegrachan ready to roll at The Other McCain, but no sign of the FMJRA yet.