ASMFC Has Striped Bass in Sight 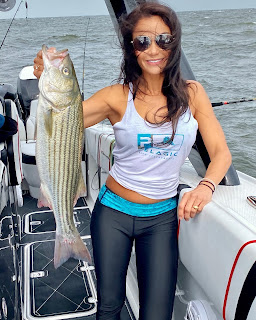 Atlantic coast rockfish fishery managers are in the midst of shaping their management plan for the Bay’s most popular fish. So all eyes were on the Striped Bass Board of the Atlantic States Marine Fisheries Commission (ASMFC) at its May meeting.

The board narrowed the changes that may come in Amendment 7 of its Striped Bass Management Plan down to three critical parts: Management Triggers (when to declare overfishing), Conservation Equivalency (use of alternative fishery restrictions), and Recreational Release Mortality (the fish that die after being caught and released—alarmingly high in recent years).

Notably, the Board voted clearly not to change current conservative levels on stock rebuilding and biological reference points. The Board’s clear intent was to reduce fishing mortality and allow these valuable fish to rebound. 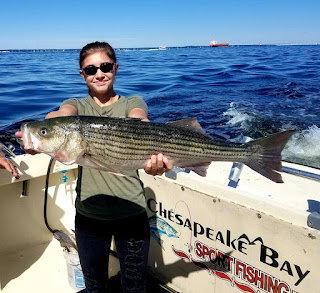 It was apparent to anyone who attended the meeting (held via webinar) that both the Commission’s staff and the Board members had paid attention to the 3,063 written testimonies and attendance by hundreds from the fishing community during the March/April online hearings and written comment period.

“I am encouraged,” declared John Bello, Chair of Government Affairs for the Virginia Saltwater Sportfishing Association. “I think they heard us loud and clear. That is borne out by the fact that the Board is carrying those three critical issues forward, while it firmly voted down all changes to the fundamental goals of robust stock size and diverse age structure established in Amendment 6. Up and down the coast, the message is clear: We want to conserve these iconic fish and rebuild the stock as quickly as possible. Note we are currently committed to a 10-year rebuilding schedule that was triggered in 2018, meaning the stock has to be rebuilt by 2028. We’re prepared to reduce our harvest significantly for those few years to accomplish this goal. Our first priorities are the fish.” 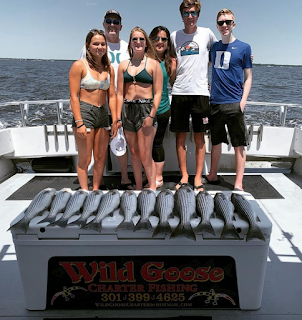 What happens now? Regulations are already set for 2021 fishing, but at the Striped Bass Board’s direction, an ASMFC plan development team will develop a draft Amendment 7 over the summer, including multiple alternatives for each of the issues: Management Triggers, Conservation Equivalency, and Recreational Release Mortality. At its October meeting, the Board will review the draft plan. If its members vote to approve, it will come out for public comment at hearings and in written form in the late fall and early winter. Next February, the Board will set the measures to reduce fishing mortality along the Atlantic coast in 2022 and succeeding years. After Board approval, ASMFC’s Policy Committee must vote on Amendment 7, and then the full Commission must ratify it. Each state would then develop its regulations for the 2022 fishing season and beyond, all in compliance with the Amendment.

This amendment development schedule is ambitious, requiring each stage to function smoothly, which is by no means automatic for a fish that means so much to so many. One thing is certain, though: the strong voice from the fishing community for conserving striped bass made this first stage of the process run relatively smoothly. That’s a strong clue for how the next stages could run.

They need to do something, poor reproduction, and continued high levels of harvesting lead to only one thing.