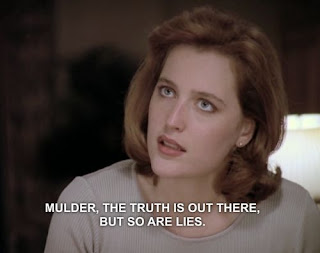 The media push is on for the Jan. 6 "Truth" Commission, which, being a Democrat congressional effort, will be about anything but the truth. WaPoo whines Sicknick’s family and the police officers who protected lawmakers Jan. 6 plead with GOP senators to back investigation. Sicknick did pretty good out of this, by getting a state funeral, lying in the Rotunda, out of an ordinary stroke.  Are they going to take that back, when the "Truth" officially shows his death was unrelated? CNN reports Romney says Republicans blocking January 6 commission 'would be seen as not wanting to let the truth come out' . Truth or "Truth?" At PM, Senator Collins signals she's in favor of January 6th bill but demands changes. WapPoo is counting, Where Republican senators stand on voting for a Jan. 6 commission, 3 support, 9 still considering, 28 oppose, and 10 won't answer the Poo. According to AllahPundit at Hot Hair, CNN reports McConnell asking GOP senators to tank the January 6 commission as a "personal favor" but he's not sure he believes them. But I hope so. At least McConnel is clear eyed about what the Democrats are trying to do.

Either way, =Politico is reporting that he’s now locked down the votes he needs to guarantee that the commission is filibustered. Red-state Dem Jon Tester is irate. “We’ve got to get to the bottom of this sh*t,” he told Politico. “Jesus. It’s a nonpartisan investigation of what happened. And if it’s because they’re afraid of Trump then they need to get out of office. It’s bullsh*t. You make tough decisions in this office or you shouldn’t be here.” Even so, Manchin reiterated again today that he won’t nuke the filibuster to get the commission through . . .

If “the right of the people to exercise their right to peaceably assemble for the purpose of petitioning Congress for redress of grievances should be subject to a conspiracy law,” there will be “nothing left” of the constitutional right to petition at all, Oath Keepers attorney Kerry Lee Morgan of Michigan wrote in a 44-page filing. 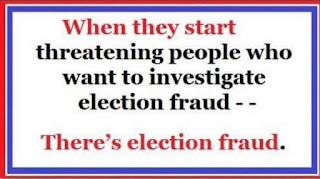 Sundance at CTH has Democrat Officials in Fulton County Georgia Ask Court to Dismiss Ruling Granting Audit of 150,000 Absentee Ballots, followed shortly by Georgia Judge Postpones Fulton County Ballot Examination After Last Minute Court Filings by County Officials. They really, really don't want you to know what happened in Fulton County that night. Or in Arizona and Michigan, for that matter, Michigan Secretary of State and Dominion Corp Warn Local Officials Not to Audit any Election Results.

Daniel Payne at JTN, In move to strip secretary of state of lawsuit powers, AZ GOP tees up battle with state Democrats

The move has been widely seen as a rebuke to Secretary of State Katie Hobbs, who has been vocally critical of the continuing audit of Maricopa County's 2020 election results. Last week Hobbs suggested that hundreds of machines that had been handled by auditors should be decommissioned, with Hobbs intimating that taxpayers may end up footing the bill for that decision.

AllahPundit at Hot Hair VIP, Tim Scott to bank CEOs: Can you specify what your objections are to Georgia's new election law? "A leftover from yesterday, but not to be missed. It features some of the most awkward silence you’ll ever (not) hear."

Via the Wombat's In The Mailbox: 05.07.21 , the Volokh Conspiracy has a long video on  “The Free Speech Implications Of The De-platforming Of Donald Trump”. Maybe later, if it rains.  Also yet another article from Da Fed on  How Zuckerberg Spent Millions To Get Leftist Hands On The 2020 Elections