Land use tied to ‘intersex’ smallmouth bass in Bay rivers

Prompted initially by disturbing fish kills in the Potomac and Susquehanna rivers, researchers have been on a quest for nearly 20 years to understand what’s impacting the health of smallmouth bass, a popular freshwater recreational catch throughout the Bay watershed.

While studying die-offs, skin lesions and infections seen in both adult and juvenile bass, scientists began noting “intersex” conditions in Potomac and Susquehanna fish. They’ve found cells in the sex organs of males that are usually found only in females, as well as a protein that’s produced by females to form the yolk around an egg.


Extensive water sampling in Bay rivers has also documented the presence of hormone-disrupting chemicals, which have been linked to the development of intersex traits in bass. 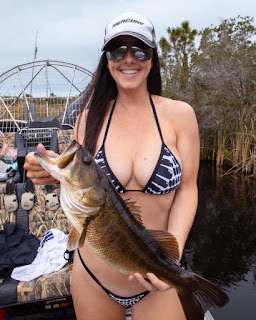 There appears to be no one source of those chemicals in Bay tributaries, but a pair of new research papers suggest that efforts to reduce nutrient and sediment pollution also could help reduce chemical contaminants — and possibly the intersex abnormalities.

After conducting a statistical analysis of water and fish samples collected at multiple sites over several years, a team of U.S. Geological Survey scientists found that land use nearby or upstream was linked to the levels of hormone-disrupting contaminants measured in the water.

Higher levels generally were found in waters that drained farmland, the USGS team reported in the March issue of the journal Chemosphere. But the levels could also be affected by the extent of crop cultivation, and the type of crop being grown. Soybeans, for instance, generate natural estrogens. Levels were even higher near fields where hormone-disrupting herbicides such as atrazine and metolachlor had been applied, the study found. 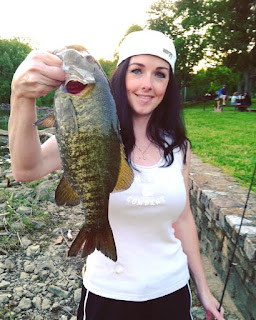 And horse urine used to be the source for the hormones in birth control pills. Think that might have contributed?

The USGS team also found elevated estrogenic or hormone-disrupting substances in waters draining some more urban settings, especially those with a lot of pavement or high numbers of septic systems treating wastewater.

“We did find … that scale matters,” said Vicki Blazer, the study’s lead author. In the immediate catchment basin being studied, they saw impacts associated with pesticide applications, percent of land cultivated, and the presence of septic tanks. But some impacts could also be connected to factors farther upstream such as runoff and the extent of pavement and buildings. They also sampled early and late in the year to see if the effects varied by season.

Previous studies have linked feminization of male bass with exposure to effluent from municipal wastewater treatment plants, but sampling in the Potomac River near sewage plants found no such pattern. Still, Blazer indicated she isn’t ready to rule out wastewater plants as sources, saying there hasn’t been enough sampling to do that.

Another clear message from the data: Levels of hormone-disrupting chemicals tend to be lower in stretches of river lined with trees, or even bushes.