Convinced Ocean City officials have a better understanding of the public sensibilities of its residents and guests than the plaintiffs in the case, a federal judge on Tuesday dismissed a civil suit that wanted women to be able to go topless in the resort.

The case centered on who was best suited to assess the public sensibilities of Ocean City’s residents and visitors. Ocean City asserted the very elected officials who passed the emergency ordinance were best suited to gage  (sic) the community’s collective opinion on the female public topless issue based on interactions with residents and guests. 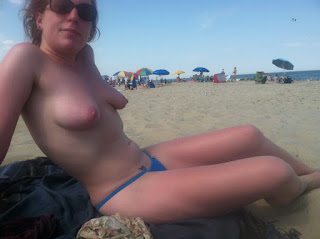 “Protecting the public sensibilities is an important government interest based on an indisputable difference between the sexes,” the town’s rationale for the emergency ordinance reads. “Further, a prohibition against females baring their breasts in public, although not offensive to everyone, is still seen by society as unpalatable.”

Meanwhile, the plaintiffs relied heavily on the report and testimony of noted University of Indiana professor Dr. Debra Herbenick about the changing public sensibilities regarding female bare-chestedness in public. In the end, U.S. District Court Judge James Bredar ruled the town’s elected officials were better suited to assess their community’s public sensibilities on the topless issue and ruled in favor of Ocean City, granting the town’s motion for summary judgment on Tuesday.

“Ocean City’s stated purpose for enacting the ordinance is that protecting the public sensibilities is an important governmental interest,” the memorandum in support reads. “The court has held that protecting the moral sensibilities of that substantial segment of society that still does not want to be exposed willy-nilly to public displays of various portions of their fellow citizens’ anatomies that traditionally in this society have been regarded as erogenous zones is an important government interest under the equal protection analysis.” 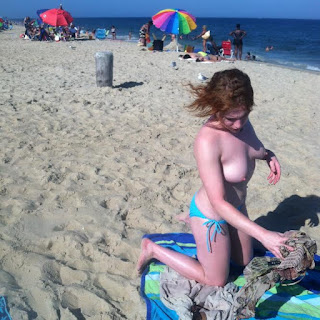 Chelsea explains her obsession with freeing the nipple at Ocean City in THE OCEAN CITY LAWSUIT EXPLAINED, A BIT.


Q: There are so many bigger concerns in the world. Why is topfreedom important and why are you putting so much effort into this?

A: At first glance, there probably do seem to be many more important struggles going on in the world than women having the right to go bare-chested in public. But in the broader sense, the topfreedom movement has arisen over decades as a response to a society that has continued to blame women for rape and assaults instead of holding their attackers wholly responsible for their crimes. Decades of using a woman’s attire against her during rape trials led to some activists removing their shirts and declaring, “Not even now.” Meaning, not even when completely unclothed does a woman bear responsibility for being assaulted or raped. The fact that this criminal responsibility has been so difficult to establish has driven and emboldened the topfreedom movement. Topfreedom now also addresses other areas such as body shaming, body positivity, bullying, forced modesty, entrenched prejudice and gender stereotypes, bias in women’s health and so on. And what that all means is that at its core, our lawsuit against Ocean City is about the single most important challenge facing American society today broadly speaking, namely… are we a society in which all people are governed by one set of rules, no asterisks, no exceptions? Is the United States a land of equality or inequality? Nothing is more important to the future of the United States. Nothing.

The Wombat has Rule 5 Tuesday: Easter Komi up a day late at The Other McCain.
Posted by Fritz at 6:00 AM