A Tale of Two Cities

LA Times: Angelenos like their single-family sprawl. The coronavirus proves them right

For nearly a century, Los Angeles’ urban form has infuriated urbanists who prefer a more concentrated model built around a single central core.

Yet, in the COVID-19 pandemic, our much-maligned dispersed urban pattern has proven a major asset. Los Angeles and its surrounding suburbs have had a considerable number of cases, but overall this highly diverse, globally engaged region has managed to keep rates of infection well below that of dense, transit-dependent New York City.

As of April 24, Los Angeles County, with nearly 2 million more residents than the five boroughs, had 850 coronavirus-related deaths compared with 16,646 in New York City.

After this crisis, deeper research will explain why some regions of the country were able to fend off infection more effectively than others. But clearly, differ-ences in employment and housing patterns and transit modes appear to be very significant, if not decisive, factors.

L.A.’s sprawling, multi-polar urban form, by its nature, results in far less “exposure density” to the contagion than more densely packed urban areas, particularly those where large, crowded workplaces are common and workers are mass-transit-dependent.

Los Angeles’ urban form emerged early in the last century as civic leaders such as Dana Bartlett, a Protestant minister, envisioned Los Angeles as “a better city,” an alternative to the congestion and squalor so common in the big cities of the time. Developers and the public embraced this vision of single-family homes, as Los Angeles became among the fastest-growing big cities in the country.

In recent decades, this dispersed model has been increasingly disparaged by politicians, the media and people in academia who tend to favor the New York model of density and mass transit. Yet even before COVID-19 most Angelenos rejected their advice, preferring to live and work in dispersed patterns and traveling by car. This bit of passive civic resistance may have saved lives in this pandemic.

“Life in California is much more spread out,” as Eleazar Eskin, chair of the department of computational medicine at UCLA, recently told the New York Times. “Single-family homes compared with apartment buildings, workspaces that are less packed and even seating in restaurants that is more spacious.”

The experience of the current pandemic is not likely to prove a great advertisement for living cheek by jowl, riding on a crowded subway or getting to work on a busy commuter train. They are the very factors that some researchers, including urbanists like Richard Florida, link to New York’s extraordinary exposure to the virus.

All of which made me think of the old Doors song:

And with nothing much to do but wait for warmer air and a lower tide, lead me to wonder who the woman in the video was:


Ray Manzarek put his UCLA film studies to use when he made a video for this song that was issued on a collection of Doors material called R-Evolution in 1985. To make the video, Manzarek combined archive footage of the band with new material he shot in Venice Beach, California. The actress Krista Errickson stars as the "LA Woman"; the male lead is John Doe of the band X - Manzarek produced their first four albums and directed two of their videos. 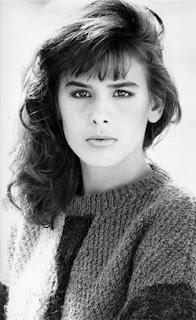 And it turns out, Krista Errickson is a pretty interesting woman. IMDB: 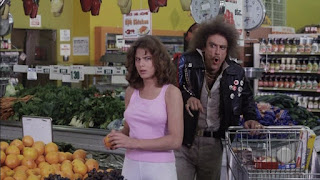 She became a Senior Producer and Journalist, reporting on current events and international politics, with a focus on Middle East relations. Some her more well-known programs were, The Yellowcake Uranium Scandal (2007), RAWA's Meena: The Story of a Revolutionary (2006), and In the Name of God (1996), about Iran's Islamic fundamentalism. She was the first female journalist to interview Sheikh Sayyid Hassan Nasrullah for her documentary, Inside the Hezbollah (2001), which later became the subject of an award winning book she helped coauthor. For CBS and Discovery, she was Co-executive Producer for controversial programs such as, The Mysterious Man of the Shroud (1997), Inside the Vatican and The Genetic Revolution (1998), a four-part series which in part, exposed secret genetic experiments conduced by Monsanto Corporation. She has won two Boccaccio Awards for Program of the Year, the Pasolini Award and the Film Advisory Board Award for Best Documentary. 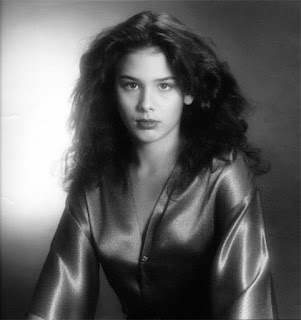 Errickson was a Contributing Development Director for GRB Productions, GA & A Productions, Capmar Productions, and DocLab Productions, which produced programs for major American cable channels, and a Segment/Field Producer for Sundance Channel, The Learning Channel, Discovery Channel and the CBC.

She worked as an Intelligence Analyst at a Washington, DC think tank until 2008. In 2007, as part of a team, she went to Pakistan and Afghanistan, which ultimately resulted negotiating the release of a kidnapped Italian journalist from the Taliban. In 2008, she successfully aided a political prisoner escape a Teheran jail and certain death, which was chronicled in the New York Times. She was recognized for her work in Iran with the Filippo Mazzei Award and The Bridge Iran-It. 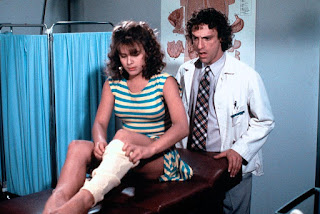 She works as freelance journalist as President of Free Verse Productions, which develops and produces documentaries and news programs, specializing in political, human interest and human rights issues. She is a contributing writer to Italy's La Repubblica.

Errickson holds a B.A. in Political Science, and received her master's in 2008 from the University of Wales at Lampeter in Islamic Studies. She was married to the journalist and Deputy Director of RAI International Piero Di Pasquale. She is a member of the International Press Association, Foreign Press Association, The Committee to Protect Journalists, and The Daniel Pearl Foundation. 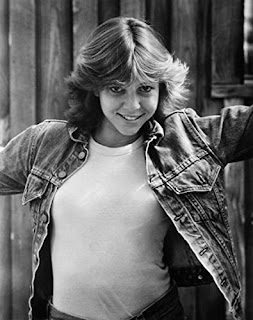 She is also the granddaughter of famed Broadway set designer, Jo Mielziner, considered one of the most influential theatre designers of the 20th century, designing the scenery and often the lighting for more than 200 productions, many of which became American classics. Errickson is also the goddaughter to the late Elia Kazan, legendary American film and theatre director, film and theatrical producer, screenwriter, novelist and co-founder of the influential Actors Studio in New York in 1947.

Some minor NSFW from Mortal Passions.