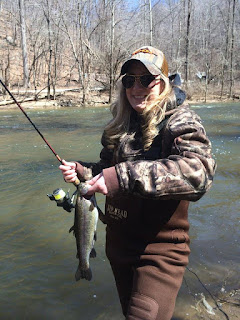 Maryland sends mixed messages on fishing, Today's Sportsman: Fishing for clarity in the days of COVID-19


The confusion began on March 16 when Gov. Hogan announced a series of emergency actions to protect public health during the COVID-19 pandemic. State employees were required to temporarily suspend all field activities, including trout stocking. The halting of the scheduled spring trout stocking became effective two weeks before the traditional opening day of trout season in Maryland.

Although the governor has the authority to order state employees, including trout hatchery personnel, to stay at home, the state hatcheries are home to trout whose survival is based on a strict timetable. Something needed to be done immediately as more and more fish were dying each day due to overcrowding in the raceways.

Faced with the alternative of destroying fish, Hogan allowed trout stocking to resume just days before the March 28 opening day. Fisheries crews hurriedly stocked a total of 57,000 trout in just four days in preparation for opening day. Stocking has since stopped, and the regularly scheduled trout stocking will not resume until the end of April. 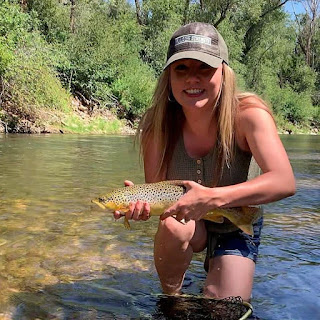 Most of the stocked trout in Southern Maryland will simply end up dying in Maryland's warm summer if they don't get caught.


An update from the Maryland Department of Natural Resources regarding trout stocking was released on March 26 and ended with the following supportive statement, “the department encourages anglers to take advantage of the incredible fishing opportunities Maryland has to offer, provided all practice social distancing, avoid crowded areas, and minimize social interaction.”

Two days later, on March 30, in response to the escalating COVID-19 crisis, Gov.Hogan issued a Stay at Home order that stated that no Maryland resident should leave their home unless it is for an essential job or for an essential reason, such as obtaining food or medicine, seeking urgent medical attention, or for other necessary purposes.

The intent of the message was clear, stay home. Outdoor recreation is simply not allowed, and any offenders are putting themselves and others at risk as well as being subject to imprisonment or fines. Recreational boating is prohibited, and fishing is allowed only for the purpose of obtaining food. There are other exceptions that incorporate physical exercise such as hiking, biking and walking. It appears to me that Gov. Hogan recognizes the importance of the physical well-being of Maryland residents while turning a blind-eye to the mental health benefits of outdoor recreation such as fishing and boating.

On March 31, the DNR in consultation with the state’s legal experts released a “Frequently Asked Questions” report to clarify Gov. Hogan’s Stay at Home order. What I garnered from the information provided by the DNR was that while catch-and-release fishing was not allowed, fishing for trout in put-and-take waters is allowable as the fish caught would be table fare. Recreational boating would only be allowed if you were fishing with the intent of providing food for you and your family. Kayaking and paddle boarding were also permitted as forms of exercise akin to bicycling.

On April 8, the Maryland DNR sent out a statement reminding all anglers that recreational fishing and boating are prohibited activities with limited exceptions only for individuals who fish as a matter of sustenance. A link was provided with an update to the “Frequently Asked Questions” in response to the many questions and petitions from people looking for ways to avoid the Stay at Home order, especially when it comes to hunting, boating and fishing.


Maryland authorities say they've begun receiving petitions from people and groups wanting to do everything from going golfing to taking out boats while coronavirus stay-at-home orders are in effect.

“It’s completely safe to be out on the water by yourself if you’re taking the normal boating precautions," said fishing guide Steve Chaconas of NationalBass.com. Chaconas is among the fishermen and boaters who have been inundating Maryland's Department of Natural Resources with appeals and comments asking for modifications of Governor Larry Hogan's stay-at-home order. “How am I violating social distancing when I go fishing, by myself, on my boat, from my house?” wrote Maryland fisherman Scott Sewell to his state delegate.

Chaconas says exceptions to rule allowing limited fishing "for sustenance" and allowing kayaking and paddleboarding because those activities are considered exercise are confusing and tempting many to bend the law. “So what the order has done is actually turned law-abiding fishermen and outdoors people into people who are looking for a loophole or a way around the law," Chaconas said.

Maryland Natural Resources Police Superintendent G. Adrian Baker said officers are taking action and have written citations to alleged violators who do not comply with requests to obey the orders.

“If we see a recreational boater out there, yes we probably will stop and try and determine the nature of their business," Baker said. "There’s an exemption which allows them to be fishing for sustenance and that may be occurring on the boat. And quite frankly, people may try and find a loophole or bend the rules a little bit. But remember that’s not the intention. The intention is to make people safe.”

Baker said officers may also ask fisherman who are not from the immediate area to stop and go home. "If you're not from the area and then you're claiming that you traveled so many hundred miles to come and fish because you need to catch fish in this spot so your family is fed, that's kind of a difficult argument to stand behind, I think. And so our officers are going to investigate and make the best decision they can."

Aboard his boat floating in the Potomac River near Coltons Point, Brown told FOX 5 that watermen aren’t worried about the number of crabs they’ll catch this season so much as how they’ll get them to consumers, adding that because of various factors like a mild winter, he actually thinks the crab supply will be above average this season.

“Fifty percent of people eat crabs at restaurants when they sit down, and if that’s where 50 percent of our crabs go to, well look what happens – that’s 50 percent of your market that’s gone,” Brown explained.

So it looks like the Chinese lung rot is going to be good for crabs, in addition to Striped Bass and oysters.

Wombat has a grand catch up post, Rule 5 Sunday: Sarah Rose McDaniel at The Other McCain.
Posted by Fritz at 4:41 PM