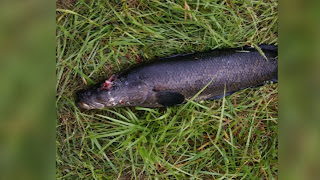 
An invasive snakehead fish was caught and killed Friday in Allen Pond in Wicomico County. The Maryland Department of Natural Resources warns anglers snakeheads are dangerous to local ecosystems and any snakeheads caught should not be put back into the water.

A local fisherman snapped the photo of the snakehead and shared it with WBOC. The news of the fish being caught was not the news homeowners along the water wanted to hear.

"Snakeheads, we really don't want those here," said Norris Howard of Allen. "And we're very concerned about invasive types of species whether they're animal or plant."

According to DNR, these fish are the poster boy for invasive. DNR officials said the snakehead fish are predators to many different species in local waterways. Also, biologists fear the snakehead fish introducing parasites or disease into a local ecosystem. 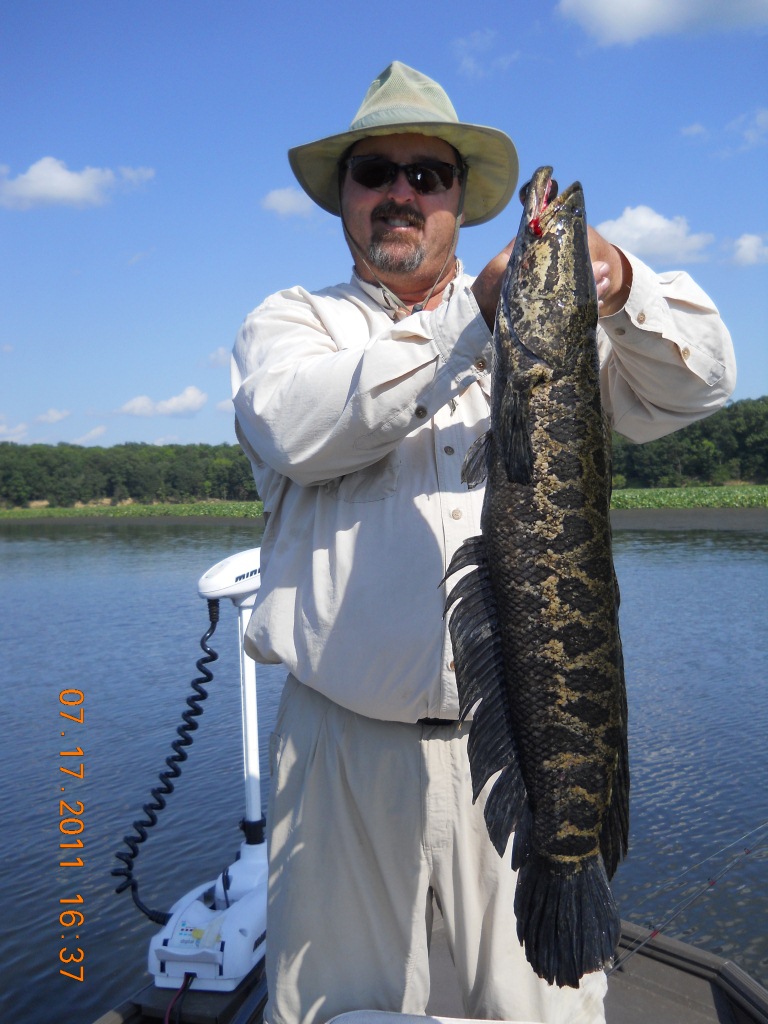 Wicomico County is on Maryland's Eastern Shore, south of the Nanticoke River. I've always considered the Eastern Shore prime country for invasion by the Snakehead. Lots of shallow, weedy waterways, highly interconnected, and separated by low, marshy land, over which the snakehead can traverse if needed.

Fortunately, managers have not shown much evidence that Snakeheads are doing much ecologically. Sure, they eat a lot of bait fish and frogs, so they must displace some upper level predators, but it's also true that young snakeheads are excellent prey for bass and birds.

Besides, they fight and taste good.
Posted by Fritz at 10:20 AM