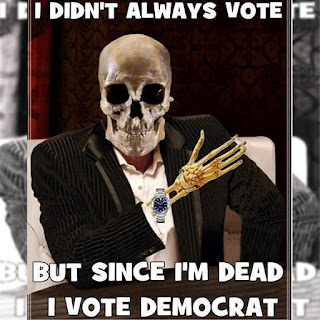 And they tell us there is no voting fraud. Investigation Uncovers Votes Being Cast From Grave Year After Year 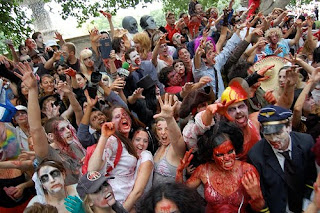 A comparison of records by David Goldstein, investigative reporter for CBS2/KCAL9, has revealed hundreds of so-called dead voters in Southern California, a vast majority of them in Los Angeles County.


But he’s not the only one. CBS2 compared millions of voting records from the California Secretary of State’s office with death records from the Social Security Administration and found hundreds of so-called dead voters.

Specifically, 265 in Southern California and a vast majority of them, 215, in Los Angeles County alone.  The numbers come from state records that show votes were cast in that person’s name after they died. In some cases, Goldstein discovered that they voted year after year. 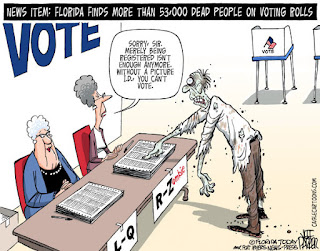 Now, this could be a few people who send in absentee ballots in dead relatives names, but it could also be a conspiracy by a few people to tip close election. They should "stake out" a few of these names in the next few elections, and find out how the votes are being cast and who is casting them.


It remains unclear how the dead voters voted but 86 were registered Republicans, 146 were Democrats, including Cenkner.

“He’s a diehard Democrat, and I was thinking that if somebody was voting under his name, he’s probably rolling in his grave if they were voting Republican,” Givans said.

Democrats won't show serious interest in suppressing voter fraud unless and until they get some evidence that it's costing them elections.
Posted by Fritz at 7:05 PM