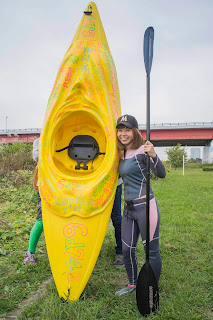 A Japanese artist who made a kayak modelled on her vagina has been found guilty of breaking the country’s obscenity laws, in a case that has invited widespread ridicule of attitudes towards images of female genitalia.

Megumi Igarashi, who works under the pseudonym Rokudenashiko – or good-for-nothing girl – was arrested in July 2014 after she distributed data that enabled recipients to make 3D prints of her vagina.

I don't see it myself. The color is all wrong.


The 44-year-old was fined 400,000 yen (£2,575), half the penalty demanded by prosecutors, at the Tokyo district court on Monday after she was convicted of distributing “obscene” images. She was cleared of another charge of displaying similar material.

Igarashi distributed the data to help raise funds to create a kayak inspired by her genitalia she called “pussy boat”. 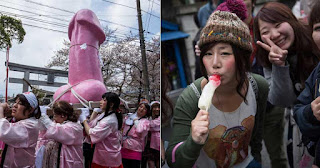 The judge, Mihoko Tanabe, said that the data, though “flat and inorganic”, realistically portrayed the shape of a vagina and could “sexually arouse viewers”, according to Kyodo News.

That's an interesting point of view for a country that has anime and manga, and a penis festival. Late Night With Rule 5 Monday done come on Tuesday (our time) at The Other McCain, thanks to Wombat-sochos participation as a delegate to the Nevada State GOP convention in Reno.
Posted by Fritz at 6:00 AM