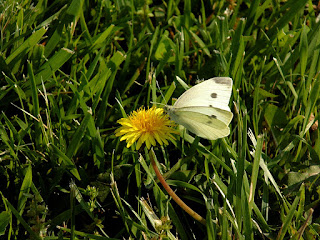 Butterflies from two recent trips to the dog park. On the left, the epitome of common beauty, a Cabbage White, the weed of butterflies, on a Dandelion. 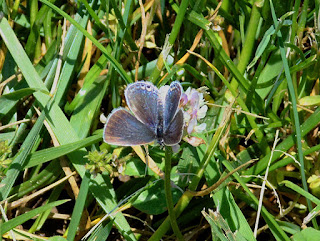 A little bitty Eastern Tailed Blue (the first of the year) on a Clover flower. 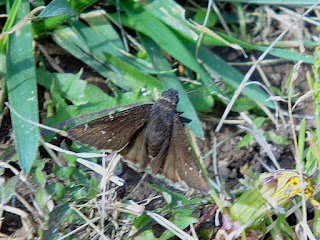 The first Horace's Duskywing of the year. Kind of a rough picture. 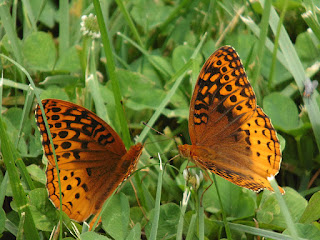 A couple of Great Spangled Fritillaries. I didn't see any attempt at sex. 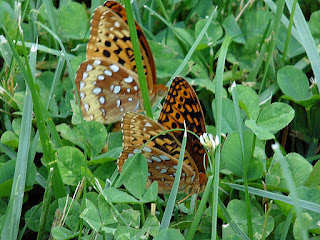 Another view, showing the spangles. 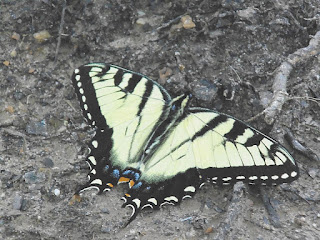 An Eastern Tiger Swallowtail stopped to puddle in the dirt under Skye's favorite shade tree. She almost ate him. 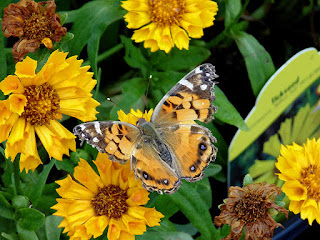 An American Lady (as opposed to the nearly identical Painted Lady). It's the first I've been able to clearly identify this year. Not strictly at the dog park, I spotted it when we stopped at Chesapeake Bounty on the way home.
Posted by Fritz at 8:07 PM