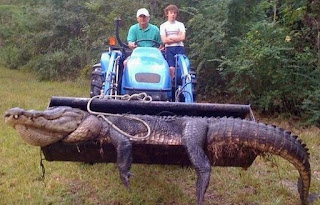 Man runs into Lakeland lake to escape cops, gator bites off his forearm

A man who ran into a Lakeland lake to escape from police had three quarters of his arm bitten off by an alligator in the lake, police said on Thursday.

Officers responded to a home on Long Lake Circle at 8:30 p.m. on Wednesday after receiving a call about a disturbance. A Lakeland Police Department spokesperson said that a mother called and said her son, age, 21, needed psychological help and was having an episode at the time. 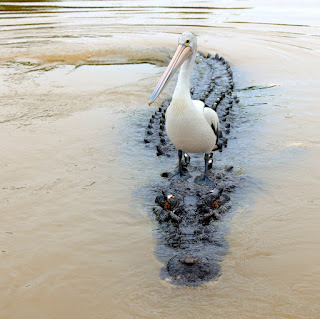 When police arrived, the victim fled into the lake. At 9:52 p.m., the sheriff’s office helicopter spotted the man lying on the ground at 5026 Long Lake Circle. He told deputies he knew law enforcement was looking for him so he swam back across the lake to this location. A sign was posted where he exited the lake that read “Caution! Alligators frequent this area!”

“The cops were looking for him and it got pretty rough before he left and next thing I know, probably about 45 minutes later, I got a text from my wife saying I hear screaming out here,” said Taylor. 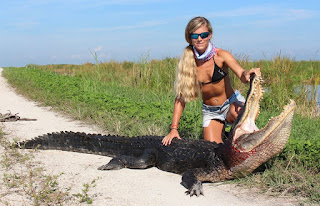 He ran to the lake and saw his the victim on the ground.

“My neighbor was out here saying are you okay? What’s going on? Is everything all right? I say, is that you? He says, yeah. He says a gator got me,” said Taylor

Taylor couldn’t believe what he saw next.

In Florida, there are worse things than the cops.

Late Night With Rule 5 Monday done come on Tuesday (our time) at The Other McCain, thanks to Wombat-sochos participation as a delegate to the Nevada State GOP convention in Reno.
Posted by Fritz at 5:00 AM