Mars may have been carved up by massive ancient tsunamis


Today, Mars is either very dry, quite dry or totally dry, depending on who you ask. But while the red planet's contemporary wetness remains to be determined, scientists pretty much agree that it once had quite a bit of water on it. These lakes and rivers — massive oceans, even, according to some researchers — were lost when the planet’s atmosphere, protected by a scant magnetic field nowhere near as powerful as the one surrounding Earth, was bombarded with blistering solar wind. . .

And there was additional losses caused by meteor and asteroid strikes which literally knock the air off the planet. Not to mention that the gases get tied up in rocks on the surface, too. Why not earth? Earth is bigger, and our active plate tectonics keeps a stronger magnetic field which protects the atmosphere from the solar wind. Maybe. 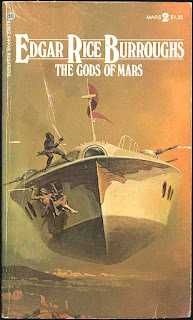 The study, published Thursday in the journal Scientific Reports, points to geologic evidence of two tsunamis — each about 3.4 billion years ago, give or take a few million, just as life was first beginning to emerge on Earth.

They believe they've found the shorelines left behind by these massive events, which may have been triggered by asteroid impacts. Waves may have reached from 100 to 400 feet high, according to lead author Alexis Rodriguez of the Planetary Science Institute. The first event would have covered over 300,000 square miles of the planet, and the second — which likely occurred a few million years later — reached nearly 400,000 square miles.

“So, each had roughly the combined areas of California, Nevada and Oregon," Rodriguez said. 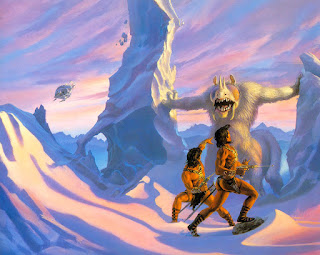 Just coincidentally, I am currently reading Larry Niven's "Rainbow Mars", a swashbuckling account of a future earth time traveler who goes back in time to Mars to retrieve ancient Martians for the UN hereditary ruler, and finds the place crawling with Burroughs's and others ancient martians, and being sucked dry by a interstellar "hang tree," a living being(?) that lives in geosynchronous orbit, but anchors to the surface. Good yarn, so far. I recommend it.


The two tsunamis also tell a tale of a changing climate: In between the two events, the shoreline seemingly shrank back, perhaps because the ocean began to partially freeze. The lobates left behind by the second tsunami actually seem to be waves that froze in place.

“These lobes froze on the land as they reached their maximum extent and the ice never went back to the ocean — which implies the ocean was at least partially frozen at that time,” co-author Alberto Fairén, Cornell visiting scientist in astronomy and principal investigator at the Center of Astrobiology in Madrid, said in a statement. “Our paper provides very solid evidence for the existence of very cold oceans on early Mars. It is difficult to imagine Californian beaches on ancient Mars, but try to picture the Great Lakes on a particularly cold and long winter, and that could be a more accurate image of water forming seas and oceans on ancient Mars.”

The tsunamis, of course, would be generated by asteroid strikes, one of which they believe they've spotted, a crater 19 miles wide.
Posted by Fritz at 5:31 PM