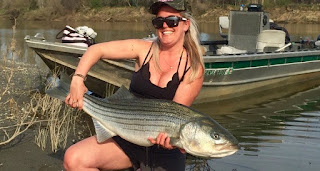 Maryland has a thriving rockfish industry with more than 1200 commercial rockfish boats and 600 licensed charter boats. And D.C.'s Do Not Eat advisory is having an impact. Official economic numbers won't be available for months. But after the I-Team broke this story, a charter boat captain texted reporter Chris Papst this when business took a hit. 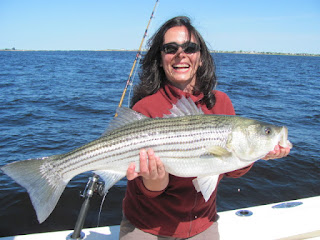 "These are dangerous chemicals," said Kevin Sowers, a doctor and professor at the University of Maryland's Institute of Marine and Environmental Technology.

PCBs, according to Sowers, were once considered the miracle industrial compound because they're virtually indestructible. Today, they are known to potentially cause cancer and birth defects. And once ingested, they can remain in your body for years. 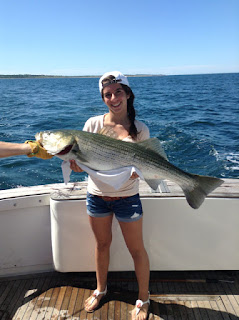 Actually, the evidence that PCBs are carcinogenic in humans (as opposed to rats) is relatively weak. I still don't recommend bathing in it, or eating large quantities.

Then you had better not eat fish, because all fish, everywhere are exposed to some levels of PCBs, even in the high Arctic, because PCBs are (slightly) volatile, and end up in all water bodies.


And the fish D.C. tested had plenty - 10 times more than fish recently tested in Maryland and Virginia. With such drastically varied results, the I-Team did its own testing. We bought two 18-inch fish - similar to the size D.C. tested - from two fisheries both, we were told, from the Chesapeake. We tested with skin and without. And our PCB results were low, similar to Maryland and Virginia.

But they don't say where those fisheries were. In the lower Potomac? Maryland? If the fish weren't caught in the immediate area of the Washington D.C. it's likely they are migratory fish from less polluted areas of the Bay. And we know that commercially sold fish are often of dubious source, which may have produced a lower than expected. On a personal level, I would still recommend not eating many Striped Bass caught in Washington D.C. waters, unless they are the large migrants moving through to spawn. Besides, rockfish isn't that good; buy a salmon instead.

Wombat-socho has the grand "Rule 5 Sunday: Women In Limousines"   up at The Other McCain.
Posted by Fritz at 6:57 PM