Ancient Native-American Methods may be Key to Sustainable Oyster Harvests

Despite providing food for humans for millennia, little is known about Chesapeake Bay oyster populations prior to the late 1800s. Using fossil, archaeological and modern biological data, the team of scientists was able to reconstruct changes in oyster size from four time frames: the Pleistocene (780,000–13,000 years ago), prehistoric Native American occupation (3,200–400 years ago), historic (400–50 years ago) and modern times (2000 to 2014). 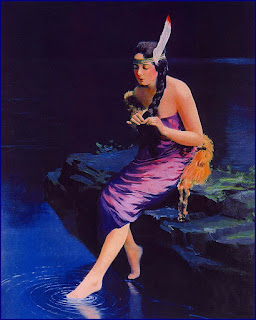 We do know, however, that there were huge populations, as there are massive deposits of "fossil" oyster shell in parts of the Bay.


They found that while oyster size fluctuated at certain points through time, it has generally decreased over time and the average size of modern oysters is significantly smaller than oysters from the 1800s and earlier.

Once the industry was big enough to require the current three inch minimum, it became rare to oysters much larger. In pre-colonial times, oyster beds were probably only intermittently fished as the inhabitants were semi-nomadic.


“Our work demonstrates the importance of working across disciplines and using the past to help us understand and transcend modern environmental issues,” said Torben Rick, an anthropologist at the Smithsonian’s National Museum of Natural History and lead author of the research. “In this case, paleontology, archaeology, history and marine ecology all provided unique perspectives on the difficult puzzle of restoring Chesapeake oysters. Ultimately, they issue a challenge for us to make important and difficult decisions about how to restore and sustain our marine ecosystems and organisms.” 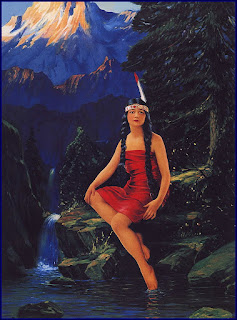 
The team also found that Native Americans’ method of selecting and hand-collecting oysters likely resulted in more consistent average sizes and fewer very small individual oysters. People were likely removing oysters from the reefs in a way that was biased toward medium-sized oysters without decreasing the average size of the oysters in the harvested populations.

Yep, when you have to walk out into shallow water and pick up oysters by hand, or even dive, you tend to pick up the big ones. Why not? 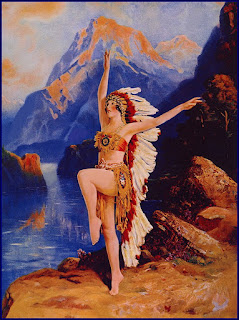 It's interesting though, one of the primary methods of harvesting oysters in the Bay, tonging, is not particularly high-tech (all you need is a couple of long sticks and a baskets). Why didn't the Redskins Indians Native Americans invent and  adopt them? They weren't any more stupid than white-eyes were they? Probably because their populations never got high enough to seriously deplete the shallower and more available oyster beds.

With limited variability in oyster size and abundance, and no strong evidence for a size decline from 3,500 to 400 years ago, the Native American Chesapeake Bay oyster harvesting appears to have been largely sustainable, despite changing climatic conditions and sea-level rise. The teams point to four supporting factors: 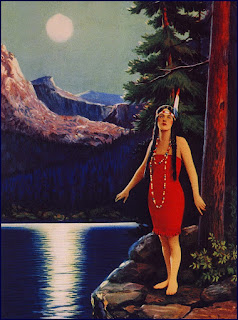 Where we differ from the Indians is largely in point 1 and 3. Our oysters are available wherever they grow (although they rarely live deep in the bay due to low oxygen), and our population is huge by comparison, and if even a small percentage of them have a taste for oysters, they can make a lethal dent in the population of not carefully restricted. The Indians didn't really care about "sustainable" animal husbandry. They were perfectly content to stampede entire herd of Bison off cliffs, gorge on the good parts and leave the rest to rot. They got away with it because 1) There was no federal government to stop them and 2) There weren't enough Indians to make a dent in the Bison.

We can't really go back to the romantically "sustainable" oyster fishery of the Indians without all but ending the industry forever, and even then, it's unclear if the Bay in it's current state can support oysters in that number.

Wombat-socho brings us "Rule 5 Sunday: O Girls!" from Balmer.
Posted by Fritz at 6:00 AM