A Long Morning at Clinton.com

I guess I need to budget more time in the morning for these. 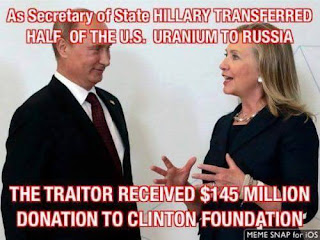 
Almost lost among the many revelations is the fact that Russia’s biggest bank uses The Podesta Group as its lobbyist in Washington, D.C. Though hardly a household name, this firm is well known inside the Beltway, not least because its CEO is Tony Podesta, one of the best-connected Democratic machers in the country. He founded the firm in 1998 with his brother John, formerly chief of staff to President Bill Clinton, then counselor to President Barack Obama, Mr. Podesta is the very definition of a Democratic insider. Outsiders engage the Podestas and their well-connected lobbying firm to improve their image and get access to Democratic bigwigs.

It's nothing, really, they're just getting paid by the enemy to help make their case. 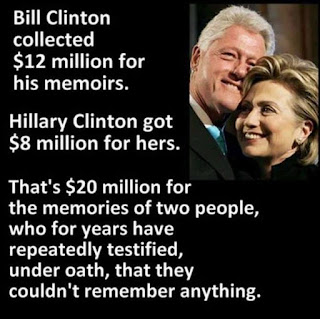 
So, remember when Guy wrote about how people were saying that the Clinton Foundation is a “slush fund?” Do you remember when the Clinton Foundation had to re-file its taxes due to glaring mistakes, like claiming they had received zero donations from foreign and U.S. governments since 2010 when they indeed received tens of millions of dollars? Well, a Wall Street analyst that helped General Electric with their financial pickle in 2008 alleges that the Foundation’s books are fraught with so many errors that it could constitute fraud. Sarah Westwood of the Washington Examiner has the story . . . 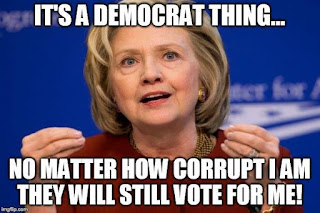 But, the FTC rejects congressional request to investigate Clinton Foundation


"When the [Federal Trade] Commission can establish that an entity claiming to be a charity is in fact operating to profit itself or its members, i.e., is a 'sham charity,' the Commission can bring an enforcement action against the entity for making deceptive representations to donors," Democratic Commission Chair Edith Ramirez wrote in a Thursday letter to House members.
Ramirez suggested the FTC had insufficient evidence to take action. Tennessee Republican Rep. Marsha Blackburn, who led a group of 21 House members in requesting that the FTC take action, said in response that the FTC's assertion was "inconsistent" with its "mission and precedent." 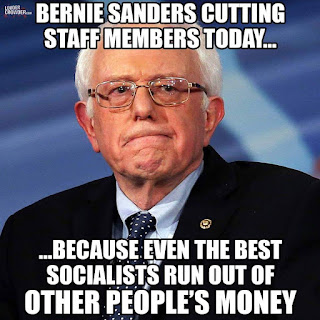 But found enough reason to investigate Jane Sanders: Feds ‘Asking Questions’ About Jane Sanders Loan. Liberal media turns on Sanders. He was fun for a while, but now he's threatening to thwart "The Agenda" and must be destroyed.


So those who want to bring up rape and sexual assault are to be disparaged for taking us to a low place? That can't be right as a general principle. 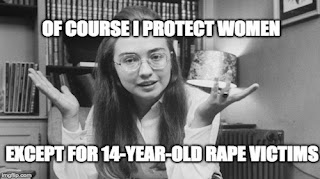 "Did Clinton laugh about a rapist’s light sentence and attack sexual harassment victims?"


In the interview, Hillary blamed a "vast right-wing conspiracy that has been conspiring against my husband." That's not attacking the alleged victims. You have to look for other material about Hillary, and Kessler doesn't look very far before awarding 3 Pinocchios. (He only looks to Hillary's own memoir!) The NRSC should have presented better information here. They made it easy for Kessler to dismiss them, but I'm not impressed by Kessler's awarding the Pinocchios based on the NRSC's failure to hand him better information. The NRSC needs to respond immediately.

Don't expect Kessler to go after Clinton the way he will be, and is, going after Trump. 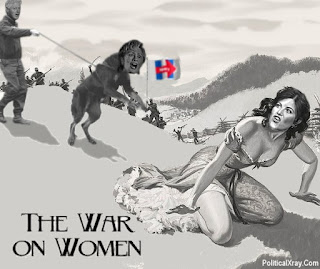 Why does NYT columnist Gail Collins call Bill Clinton's sexual misdeeds "private peccadilloes"? The NYT in the title gives it away. And Who's too scary now? Bernie Sanders.


From Ace,  Andrea Mitchell: The Juanita Broaddrick Rape Accusation, Which Was Never Aired Or Examined by the Media, Has Somehow Become "Discredited" Simply By the Power of the Clintons' Denials of It: And their Strange Gods spoke, and they we re believed. Hillary would never lie, would she? Camille Paglia: PC feminists misfire again, as fearful elite media can’t touch Donald Trump. Because they have no credibility when it comes to attacks on women. War on women has a Democratic front, too. Indeed it does. 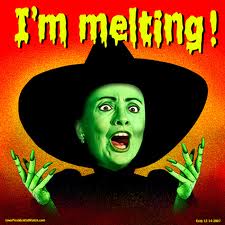 Wombat-socho's "In The Mailbox: 05.19.16" brings a couple: From Don Surber,  Clinton meltdown is two months early (can't be too early for me) as her polls fade away and from Just One Minute  Summer Of Love For Hillary:


Just today the NY Times mentions four torpedos in the water aimed at the Good Ship Hillary. . .
First, that pesky FOIA which her defenders think Hillary hoped to circumvent with a private email server. . .At least five other officials — including two of Mrs. Clinton’s top aides at the State Department, Cheryl Mills and Huma Abedin — are also scheduled to testify in the lawsuit over the next six weeks in what promises to be an unwelcome distraction for the Clinton campaign. . .There is more - Bernie has no intention of going quietly into that good night . . .Benghazi Panel, Plodding Along, May Conclude Near Conventions or Election.

BETTER LATE THAN NEVER: Slogans that ought to be old by now: Hillary - Putting The 'Crone' In Crony Capitalism!

OK, I am claiming independent invention but clearly I am not first with this.

Clinton Promises to Attack Gun Owners on Her “Very First Day” in Office. What part about " the right of the people to keep and bear Arms, shall not be infringed" doesn't she understand?

WikiLeaks rep: Julian Assange would find life no easier under President Clinton. Yes, she has a bone to pick with people who reveal her secrets.

Think Americans are angry now? Wait until Hillary’s in charge; Don't look now but CBS Poll: Clinton’s lead over Trump narrows.
Posted by Fritz at 10:58 AM