Cloudy Day at the Beach 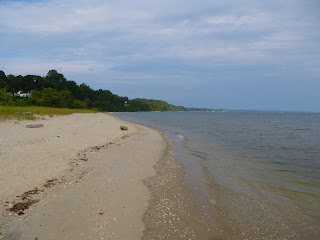 With the approach of a little front, we had lots of clouds this morning.  We could use the rain.  It has warmed up since yesterday morning, up into the 60s. 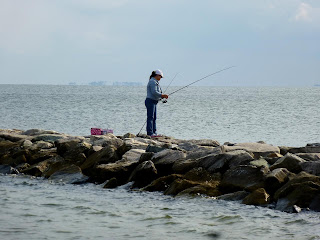 We had a lone fisherwoman on the jetty.  The pink tackle box is a real style statement.  I didn't see her catch anything. 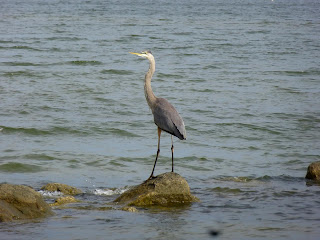 The usual avian crowd was out.  This GBH moved out of our way more than once. I tried to tell him we had no interest in eating him, that he's too boney, but to no avail. 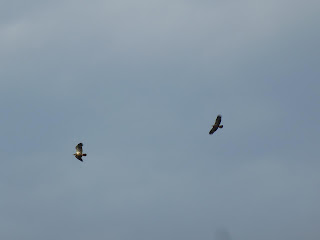 At one point, a whole bunch of eagles, conservatively estimated at 6, burst out of the trees. 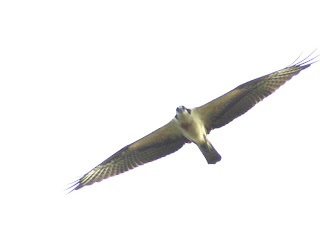 An osprey made a low pass.  It was badly silhouetted, but by stepping on the photograph, I managed to bring out his colors. 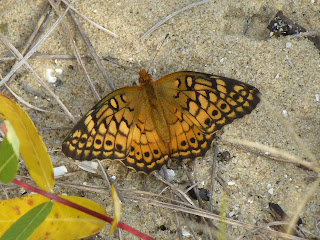 The Variegated Fritillarys in the dunes were somewhat more cooperative today.
Posted by Fritz at 1:07 PM