Embattled Syria Expert Elizabeth O'Bagy Says She Made 'Many Mistakes' 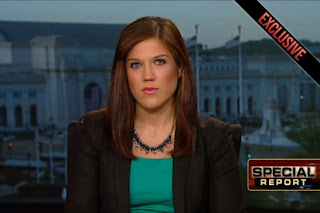 Elizabeth O’Bagy, the Syria researcher at the center of a week-long controversy surrounding her academic credentials and her work with the Syrian opposition, admitted for the first time to The Daily Beast she was never enrolled in a Ph.D. program despite representations she made to the press and multiple organizations for whom she worked.

O’Bagy, whose work on the Syrian opposition was hailed by Secretary of State John Kerry and Sen. John McCain (R-AZ), was fired from her job as the lead Syria researcher at the Institute for the Study of War on Sept. 10 after it was revealed that she misled her bosses by telling them she had completed a dissertation defense for a Georgetown Ph.D. Subsequently, questions arose as to whether or not O’Bagy was ever enrolled in the joint MA/Ph.D. program that she claimed in her official biography.

O’Bagy confirmed to The Daily Beast that she was only enrolled in a master’s program at Georgetown and had applied to join the joint MA/Ph.D. program but was never accepted.

O'Bagy appears to have been a significant source of the rumor that there are "moderate" Syrian rebels that we should be arming.

When this story first came out, it was reported that she had defended her dissertation and passed her final exam.  For most academics this marks the transition to "doctorhood," the submission of the dissertation to the grad school office.  Having it passed by a dean (in most cases probably just waved in his/her face), and the graduation ceremonies which often occur months later, are just formalities, after the young doctor has taken a new job that supposedly requires a PhD.  I was willing to give her a pass on that.

Having a PhD isn't the only thing that makes a person knowledgeable in a field, but falsifying one is a pretty strong suggestion that she was aware of her own lack of experience, and though that having the PhD behind her name would add to her credibility.  It also speaks perhaps of a psychosociopathic level of self confidence and a belief that no one is going to back check her credentials when she claimed them from a nearby and prestigious school.
Posted by Fritz at 8:44 AM